A year ago I started an article in reaction to Danny William’s speech to the Board of Trade but never completed it.

Now that Nalcor’s management of Muskrat Falls will be scrutinized. It is timely to examine some issues for the investigation.

1.      The mandate of NL Hydro / Nalcor is to provide power to the citizens of the Province at the lowest possible cost. Early in my career I worked in the Systems Planning Group of Shawinigan Engineering under the direction of George Scruton who was an engineer of impeccable integrity. Most of our work involved system expansion studies. George insisted as a fundamental principle that the cost of all the options – capital, fuel, operation and maintenance and related financial costs be developed to similar standards of accuracy and that competing options be equivalent in terms of reliability. In the case of Muskrat Falls I believe that the probability of bias was high given the big disparity between the efforts and resources devoted to the comparisons between the Isolated Island Option and Muskrat Falls: perhaps $ 3 million, for the Isolated Island Option versus $420 million for Muskrat Falls. Additionally the documents I have seen show little evidence that optimization of the Isolated Island System was ever seriously attempted. The lowest cost power would certainly have been obtained by completing Phase 3 of the Bay des Espoir Development (75 MW) that could have produced power at a low enough cost to allow a reduction in power rates!!  Terra Nova Development with a capacity of 144 MW would also be interesting; as well as the addition of a third unit at Cat Arm which already incorporates provisions for a one unit expansion. But none of these projects were ever considered, as far as I can tell. I was never convinced that Muskrat Falls was truly the lowest cost alternative. 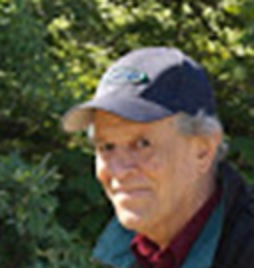 2.     Danny Williams argued that cost over-runs were usual with large mega projects and were to be expected. As an engineer I challenge this assumption. It is interesting to compare related experience: notably Churchill Falls Development, one of the largest private sector developments at the time, which was completed ahead of schedule and under budget. More recently, experience on the James Bay Complex in Quebec was positive: Phase 1 of the Complex was completed 4% under budget while the individual projects of Phase 2 range from “on budget” to 3.2% under budget for the five projects in Phase 2. What can explain the difference between these projects and Muskrat Falls? I think that there are a couple of reasons that could (at least in part) explain the different experiences:

b.     I believe that Hydro Quebec’s estimating procedures, following guidelines of the Quebec Association of Consulting Engineers, were much more rigorous than applied by Nalcor. These procedures involved preparation of a Detailed Project Definition (Avant-project détaillé) report typically, described as a “bankable” report. Also on very large projects a Control Estimate was usually prepared. This was my impression from working on two Hydro Quebec projects with a major Quebec engineering firm in Montreal. I also think that Hydro Quebec cost estimators are very experienced and competent. However, these two points cannot explain the magnitudes of the cost over-run at Muskrat Falls. Is Nalcor’s limited experience in the project management of mega projects to blame? See below:

3.     The first issue concerns Nalcor’s experience in project management of very large projects, which is nil. Originally, the project management phase was included in SNC-Lavalin’s scope of work. I understand that Nalcor felt it could realise significant savings by taking over this facet of the work themselves. I do not know whether SNC-Lavalin had any further involvement in project management. Nalcor appears to have assumed responsibility for this role and their performance or deficiencies need to be assessed. Remarks from a senior SNC-Lavalin engineer concern two Nalcor practices that were judged to be unproductive as below:

a.     The practice of appointing individuals from NL Hydro or sub-consultants to track / oversee certain components of design or planning was often counterproductive as these individuals often did not have the necessary experience or training to contribute to design preparation and whose contributions were limited and sometimes negative. Did this decision also compromise efficiency?
b.     My confidant also feared that Nalcor would not be tough enough in evaluating claims for “extras”.
c.      Did the decision to carry out most of the design work in St. John’s deprive the project of the most experienced and capable of SNC-Lavalin’s staff?
d.     It is noted that Nalcor use AACE Guidelines for preparation of their capita cost estimates. These guidelines note that simply following Guideline procedures will not guarantee a quality estimate but that the quality of the estimate ultimately depends on the accuracy of the inputs. The following lists elaborate: 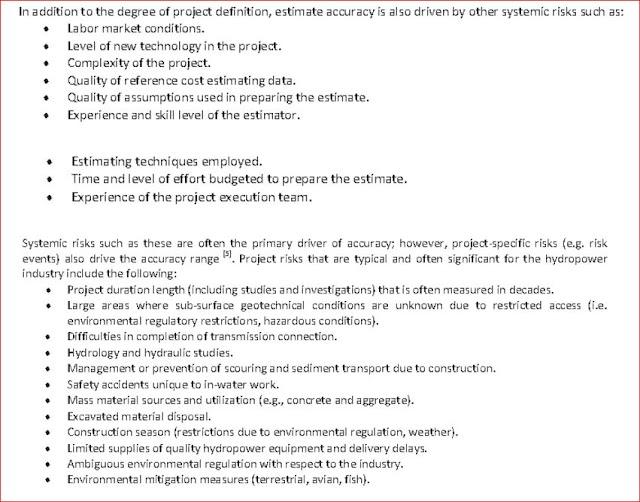 I argue that Nalcor did not assess market conditions appropriately. Were they equally, inattentive in considering the rest of these criteria?

I ask that the enquiry investigate the points I have raised above.

Editor's Note:
Phil Helwig has had a varied engineering career in both education (8 years) and in design and technical management (44 years). Most of his formative experience was with a small company in Newfoundland (ShawMont) which valued versatility, as a result Phil was able to develop expertize that goes well beyond the skills set normally associated with his formal area of competence, as a hydrotechnical specialist. His main area of expertise is in the fields of hydropower and water resources where he has been involved in investigations, economic planning and project optimization studies and detailed design. He has been responsible for several innovations in Canadian practice: notably, the design of Cat Arm Hydel unlined pressure tunnel (head = 386 m) and “bathtub overflow spillway” and design of Hinds Lake Power Canal based on natural armouring (the first application of this technology in hydro design worldwide) and the design of Paradise River double curvature arch dam only the third arch dam ever built in Canada. More recently from his experience in South Asia he has developed expertize in design of hydraulic structures to handle water borne sediment. His latest interest is in the field of eco-hydraulics. In 2004 Phil formed his own company, Helwig Hydrotechnique Ltd. and has worked on four continents in three languages.  Technology transfer is an integral part of all Phil Helwig’s assignments.