HYDRO SPINNING A TALE FROM BOTH SIDES OF ITS MOUTH

Written with copious notes from PlanetNL

Few members of the public seem concerned that Hydro is pursuing two rate hikes, the equivalent of 18.6%, to be applied over the next two years. In addition, Hydro wants the PUB to charge for Upper Churchill Recall power on the same basis as if it were generated by oil at Holyrood. Hydro wants a “deferral account” for “rate mitigation” which, for reasons described by PlanetNL, may turn out to be small dollars anyway.
Public quiet over the Hydro rate application suggests they may have already become numbed to it all. Having been deceived by their own government(s) since 2010, and having perhaps learned that fake news is not just an American concept, it is possible that, rather than get mad, they plan to get even. Installers of heat pumps have a bright future in this Province.

Still, an 18.6% increase in power rates is no laughing matter, especially when Muskrat — in Ed Sullivan parlance “the really big shew” (sorry Millennials) — is only two years away. Perhaps people think that, ultimately, the political geniuses we elected will find a way to make the problem disappear. Good luck with that! 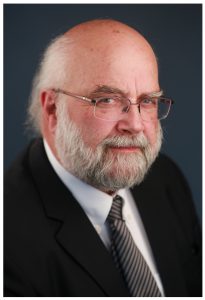 For certain, the correspondent known on this blog as PlanetNL has resisted all vapours of falsity emanating from Nalcor and from the Ball Government, too. He’s a numbers man. No palliative will mollify either his irrepressible soul or suppress the vigour with which he pours over spreadsheets.


When you read what he wrote to me the other day, you’ll start to appreciate the pressure I am constantly under. I don’t know, dear reader, how I can continue to maintain a steady countenance while what amounts to a bookkeeper's version of the grim reaper continues to test my resolve.

His email said: “The goofiness of the GRA (General Rate Application — now before the PUB) centers on the flimsy proposed deferral account which is akin to asking the Titanic's passengers to bail out the ship with their tea cups.”
I have been slogging for six years to find the right words to tell people what fools they’ve been and this nerd does it with a throwaway line!


Like PlanetNL, I don't mind mocking Hydro's top brass, except I like to have my showers hot like the next person. But PlanetNL throws all such caution to the winds.


He skilfully uses teaser words like “Another final point…” to keep me reading, except I know that “final”, for him, is as elusive as trying to find the “international experts” at Nalcor.
PlanetNL states:

“… the point to be made is that the original pre-sanction financing scheme included deferred accounting on MF+LTA (the power plant and the line to the Upper Churchill) which was a clear acknowledgement that the project sponsors understood that project costs were very high, even having low-balled the numbers at around $5B, and that therefore the rate impact was perilously risky.”


“Even then,” he adds, “at the best of times when oil was sky-high and the Province benefitted from positive cash flows, the responsible executives/politicians/bureaucrats chose to implement a draconian Ontario-like deferral program because they knew how weak the business case and energy forecast would be if significant rate increases were to occur.”


Of course, what PlanetNL is really getting at is the failure by Nalcor’s minstrels to acknowledge that, as power rates rise, demand will fall: simple demand elasticity.


Then he makes an allegation that absolutely shocks me.


He charges: “Only an exclusive few in government — with some Hydro/Nalcor invitees apparently — have the wisdom to review the matter behind closed doors at Confederation Building.  Yet, when they come out from behind those closed doors, all they (Hydro execs) can offer at the PUB Hearing is meaningless repetitive commentary about a step change and doing the best that they can.”
Related to this Post:
PUB Should Treat Hydro's Rate Application Harshly


One does appreciate the sense of futility with which PlanetNL sees the whole sordid business, doesn’t one? Actually, he did close off with that shot at Hydro brass, but twenty minutes later my Inbox was filled again. Without as much as a preface, the new one from PlanetNL read:
“Reading this morning yesterday's General Rate Application transcript from the PUB of Dennis Browne asking questions of Dawn Dalley… it suddenly occurred to me: with the LIL (Labrador Island Link) infeed power normal economic assumptions of CDM (continuous demand management) have been turned upside down and neither Dennis Browne nor Dawn Dalley seem to realize it.


“The issue is that Holyrood no longer will be the source of the marginal cost of power.  Holyrood will actually be the middle layer of a strange economic sandwich. On the bottom is 4600 GWh of low cost island hydro whose consumption will be maximized.  In the middle is expensive Holyrood power which is forecasted at around 700 GWh in 2019.  This consumption is essential due to reliability spinning reserve requirements.  (In other words, Holyrood has to operate anyway just to keep the current system balanced.) The top layer of the sandwich is 919 GWh of ultra-cheap CFLCo power delivered under a fixed (yet unknown) O&M (Operations and Management) cost.  This is not a minor nuance.” 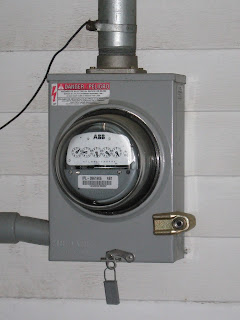 What PlanetNL is getting at is that those rate increases will continue to drive down power demand. The cheap Recall power coming out of Labrador may not get fully utilized, even though Hydro talks it up as the answer to even temporary rate mitigation.  The email adds:


“As Dalley plainly agreed, consumers are responding to CDM opportunities to reduce electricity consumption, either formally through programs or independently fearing escalating rates (pre-emptive elastic behavior!).  As a result, it will be high-margin sales of the super-cheap CFLco power that are reduced by CDM, not the high cost Holyrood power as discussed by Browne and Dalley. Accruals to the proposed rate mitigation deferral account will suffer considerably.”

“This is another example of Hydro/Nalcor/GNL continuing to fail to study their circumstances OR they know it and prefer to deny its existence and stay silent, hoping nobody will catch them.  The peril is that the excess earnings over the ill-defined LIL/LTA fixed operating costs are likely to be lower than forecast.  Hydro can only defend the deferral account by continually overestimating island energy sales forecasts and deceptively stating that Holyrood is the marginal cost piece when it actually would not be. I don't think the Consumer Advocate has picked up on this unique piece of upside-down economics.


“Hydro is spinning a tale from both sides of its mouth.


“They should also be ordered to develop rate and revenue model options with the Government committed to specific subsidy contributions.


“Only a broad view of long run costing can allow the PUB to render a Decision based upon the complete picture as to whether to approve the deferral account and if it offers the financial advantage Hydro is trying to assert (the legality of which is doubtful — but a separate issue).”


By golly, I think that PlanetNL has given the PUB their marching orders. The Consumer Advocate might want to take notice, too.
Posted by Des Sullivan at Monday, May 14, 2018