ON THE LOOKOUT FOR OUR MEMBERS OF PARLIAMENT

Go ahead. See how quickly you can name the Province’s seven Federal MPs. Can you name even just the one in your riding? If you are having difficulty, it might not be due to memory loss.


It could be that traditional media does not readily seek out our MPs for public policy comment. Or that MPs prefer the non-confrontational media presence afforded on social media platforms. Possibly the whole lot are better suited to images than words anyway. Either way, the seven MPs are seldom part of the narrative of political life in this province. And that is too bad.
Over the years, NL has been represented by some very strong parliamentarians who, while giving plenty of political room to the Premier, rarely shied away from contentious issues.


Don't think for a second that Brian Peckford did not have disagreements with Federal Tory heavyweight John Crosbie, for example. While they shared the same political stripe, some of their disagreements still spilled out into the public domain. The Federal Minister and at least some of the MPs were expected to play a role in advancing NL's public policy aspirations. Some of them actually wanted to. 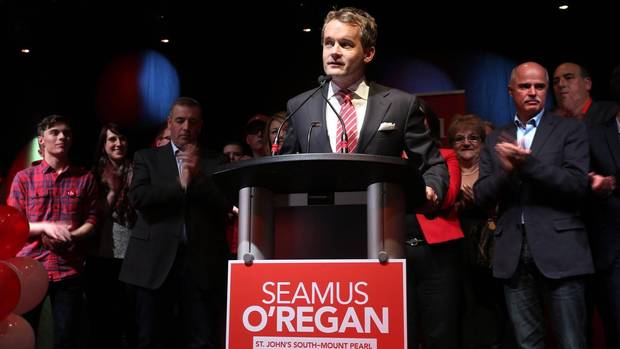 Done properly, even if criticisms need to be meted out to either level of government, serious public policy debates can be conducted without affecting their Party, their legislative role or their ability to grease the wheels of bureaucracy for their constituents.


In a small province, the pursuit of issues which may run counter to the national interest — as Ontario and Quebec define them — must forever be advanced. Otherwise, backsliding is inevitable. Proof is found in the steps the Feds are taking to reassert control over offshore oil and gas development through the back door, via the environmental approval process. Some battles simply never end.


For that reason, the Province's agenda at the Federal level needs to be relentlessly pursued. Weak premiers will forget that fact at the Province's peril.


At one time I recall Brian Peckford having the Intergovernmental Affairs Office prepare a formal briefing book for NL Ministers and MPs on priorities involving the Government of Canada. That was thought necessary to ensure that they understood policy rationales and to, as far as possible, ensure that they were “on the same page” as the Provincial Government.


If the current Ball Government has laid out any such agenda, we are left to guess. It may, in part, be the reason our MPs are so silent. A proactive Premier would constantly prod them to help reinforce locally overarching themes and objectives.


More recently, successive Federal Governments have made it clear that discussions around constitutional issues are not on offer. That is unfortunate, especially given the Province's failure to exert better control over fisheries jurisdiction. That approach may be thought to maintain a longer peace with certain provinces, but it doesn’t make the problems go away.


In the past year, the Federal Minister of Fisheries used his arbitrary power to reassign 25% of the Arctic surf clam quota in open violation of the adjacency principle — which confers rights to people and communities having geographic, cultural and historic links to the resource. The Minister chose to give the quota to groups that have no history of fishing the resource or any other traditional attachment; Nunatukavut having been included seemingly to justify its award to native groups in other provinces. The case confirms why we should worry just how tenuous our hold is on resources deemed to be in the provincial domain, rights which are not constitutionally inscribed.


The surf clam issue exhibits the brute force of an arbitrary political agenda and the little influence which weak and highly partisan MPs bring to bear on the national stage.  With this Province in economic decline, especially on the Burin Peninsula, one might expect more from our Federal Reps. But, like the Coast Guard sub-centre, the surf clam issue was only kept alive by sparse local leadership.


A weak Premier could be seen giving licence to the seven Federal MPs to stay mute. As to Gerry Byrne, the Fisheries Minister, he was out of breath long before anyone thought that he might be building a head of steam. Former MHA and MPBill Matthews — who was elected as a Tory locally and a Liberal in Federal politics — commented that Burin Peninsula representation is the weakest it has been since Confederation. He could have extended that criticism far beyond the local MHAs.


Can our MPs claim leadership on any other major issue of public policy?


The Maritime Rescue sub-centre is the exception but, truth be told, ex-federal official Merv Wiseman performed much of the heavy lifting on that issue. In proportion, as important as it is for marine safety, it was arguably a small accomplishment anyway. In no way is its reinstatement suggestive of a group having confirmed the real political power that follows a provincial sweep of Federal seats in the province.


As it stands, the public will have to be satisfied with tweets that advertise $2.6 million for road paving and widening in St. John’s and Mount Pearl, $3.19 million for sewers under Kenmount Road, $3.94 million for the Goulds Pumping Station, $45.4 million for paving the TLH, $100 million for Memorial’s new Core Sciences Building — funding which in its many incarnations is claimed by every MP across the Country. MPs representing rural ridings have similar boasts.


Otherwise, our MPs post lots of photo ops that promote everything from seal products to school graduations.


What about the hell-hole that the Federal Loan Guarantee for Muskrat has created? What about fiscal solvency issues? Do the MPs have any ideas for goosing this economy with Federal support? Are Seamus O’Regan and the other six MPs suggesting by their silence that those are matters solely in the provincial domain, and not for mention by them?


When the current Lieutenant Governor, Judy Foote, sat to the left of the Prime Minister in Parliament, one could be confident that major policy issues might get dealt with even if she, too, wasn't exactly willing to vocalize some of the more pressing issues. She had earned that place not because she represented NL but because she possessed considerable intellectual heft and sound judgement, as well as political influence.


In contrast, Seamus O'Regan is still showing off his training wheels. His close relationship with the Prime Minister will account for little if he is unable to articulate critical issues or is content to follow the lead of Premier Ball; helping him, in the process, keep a lid on issues that are integral to our economic survival.


The public should be wary that the era of the ‘selfie’ hardly requires any MP to stand, let alone take a stand.


All seven MPs should be concerned that when the economic climate really turns sour, their decision to pass over major issues in favour of smiles might be the image that the public best remembers.