TRUTH GETS A ROUGH RIDE IN WINDSOR LAKE BYELECTION

When Premier Dwight Ball kicked off the Windsor Lake byelection claiming that ratepayers and taxpayers – both – would be spared the burden of the Muskrat Falls project he wasn’t being fanciful; he was being dishonest. Hyperbole is seldom a sidebar in any election.  But this time the sheer size of the promises surely made them the main event.  Particularly disconcerting is that Ball's rate mitigation claims lacked any proof of viability.

Sincere and sensible politicians will avoid over the top promises especially when they know that they are playing a limited hand. The Premier squarely placed himself among the less disciplined. Likely, for that reason, the public seemed to treat them with something ranging from scepticism to derision.

Ball’s dark side has been exposed before. His doubtful narrative around the sacking of former CEO Ed Martin and how the latter still ended up with a multi-million-dollar severance package contains the same insincerity.


What makes the Muskrat moment disconcerting, too, was the reaction of Liberal Candidate Paul Antle – from whom more was expected - and the disclosures of NL Minister in the Federal Cabinet, Shamus O’Regan, who is a politician best kept on watch.

First, Antle. The Liberal candidate need not have attached himself to Ball’s claims even if he  found the electioneering irresistible. Echoing the Premier on Twitter Antle stated that, "ratepayers and taxpayers will not pay for Muskrat" adding that "Muskrat is Nalcor's liability" - as if the crown corporation was as disconnected from taxpayers as he seems from the reality of a $12.7 billion debt on a handful of citizens . Does the bigger lie always offer the best leverage on the hustings?

A savvy Antle might have tempered expectations raised by Ball’s implausible claims. He might even have helped Ball define the terms of his promise to re-impower the PUB to rate-set Muskrat Falls power, and show some mettle by testing O’Regan’s already shaky assurances that the Federal Liberals will help out.

But it seems that public ignorance is always counted on for cover. Only the Premier and a handful of Muskrat watchers are aware that the power purchase agreement (PPA) - and its explicit requirement for revenue that fully covers project costs - must be enforced unless the Federal Government first agrees to the changes. 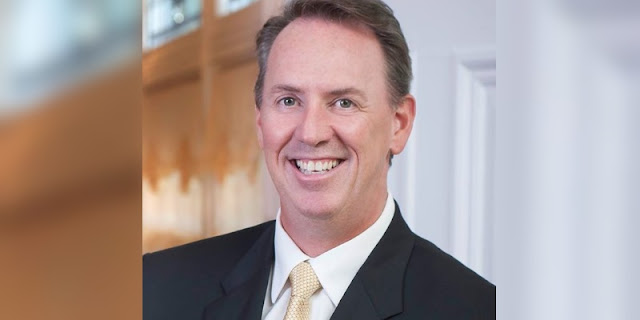 Equally, Antle, from whom much is expected, could have helped Ball lay out the case for Federal involvement in the issue – putting Shamus O’Regan’s feet to the fire.

To that point, as Uncle Gnarley discussed in a 3 September post, the Federal Minister was quick to issue a Press Release in response to Ball’s assertion that at some point the Feds would have to be brought to the table to help with the overwhelming MF debt. Tellingly, O’Regan did not concur with the Premier’s latent invocation then. His response – tweeted by NTV Reporter Michael Connors – served only to remind us that the Feds had provided the FLG which presumably ought to have sufficed. The release made no mention of another active Federal response.

Yet, following Uncle Gnarley’s broadside, O’Regan had more to say. The CBC's Terry Robertsfiled a Friday 7 September story on an interview he conducted Thursday, 6 September.  The reporter stated:
“He's not ready to provide any details, but Liberal MP Seamus O'Regan says there's plenty of discussion about ways Ottawa can help shelter electricity users from soaring rates during the Muskrat Falls era.”

The CBC's Roberts put the Minister on the record responding to suggestions that the debt problem might be alleviated by “the possibility of more federal money in a renegotiated Atlantic Accord (and) transfer of the Feds “lucrative 8.5 per cent equity stake in the Hibernia oil field to the province” to which the MP allowed that behind the scenes talks were ongoing: "I'm trying to be as creative as I possibly can be. I don't want to talk too much about it yet". O’Regan added: “We're working on all of it", he said, having been asked about the various options.

But for NTVO’Regan had a different story. ‘There’s no talks ongoing’ with Ottawa, Seamus O’Regan says of Muskrat Falls’, NTV’s headlined story by Michael Connors, reported on September 7th.

Evidently O’Regan had been sent back out to the media to lower public expectations of a Federal bail-out following the Premier’s late awakening as to the indispensability of their support.

Just possibly the Liberals want the Windsor Lake Seat too badly.  In the mad dash to hand neophyte Tory Leader Ches Crosbie a loss and the resulting embarrassment, they are willing to make Danny Williams-sized claims – which will come back to haunt them, as his claims will haunt him. Perhaps, the possibility of creating the momentum that has eluded Ball these past three years, in advance of the general election next year, is preferable to risking condemnation of the electorate after the vote is out of the way.

The matter of integrity aside, if the Feds via O'Regan abandon playing tag with Ball once their electoral needs have been sated, NL will be left with some vague promise that the PUB will "be brought back" to set "consistent, affordable" electricity rates. Knowing as they do that the PUB has no authority over revenue creation - except to jack up rates - the Liberals will surely have extended their ownership of the Muskrat Falls mess – and earned the enmity of the public in the process.

Of course, when it comes to Muskrat, the big lie has many manifestations. For example, Ball claims that “at some point in time” - when the “gap” in revenues is known – he will approach the Feds. Nalcor already knows those numbers and has reported them publicly. Ball is merely doing what he does best – delay.

All those issues ought to be front and center in this byelection and daily in the public media. But our democratic deficit is such that the Tories won’t raise them because they would reflect badly on them, too.

Seems the voters of Windsor Lake are in for a tough few days.