As of now, we have no active Covid-19 infections in the province, 259 have recovered and three have died.  In the face of the surging pandemic south of the border and in other hot spots around the globe, this is no time to reduce controls over imported infections by dropping the requirement for quarantine or self-isolation (I use these terms interchangeably). We should instead build upon the natural protection arising from our isolation, as have other jurisdictions, such as Iceland and New Zealand. Having eradicated the virus our goal should be to remain virus free.

We should maintain the 14 day quarantine and begin to test people arriving in the province.  We should also require the use of contact tracing apps for at least 14 days after arrival.  The Atlantic Bubble is a bad idea. The proposed “Canadian Bubble “is much worse. These “Bubbles” are both flawed because they exempt more people from quarantine, thus increasing risk of imported infections without offsetting measures to reduce risk, such as testing and contact tracing.

Exemption from quarantine
Tom Blackwell, reporting in the National Post on July 18, writes that Canadians support border restrictions with the US in the belief that people entering Canada from another country must go into quarantine for two weeks to avoid importing Covid-19.  He points out that this belief is not well grounded. More than 80% of the three million people who have arrived in Canada since late March have been exempted from quarantine.

At a provincial level, GNL has a policy that arriving passengers must be quarantined for two weeks whether they are coming from outside the country or from another province. GNL also has a number of exemptions, recently expanded as a result of the “Atlantic Bubble”, which dispenses with the requirement for Maritimes residents to quarantines.

We should welcome tourists from neighbouring provinces with low rates of infection and the risk is prudently assessed. I do however believe that we should follow President Ronald Reagan’s advice to “trust but verify”. He used this signature phrase when negotiating nuclear disarmament with the Soviet Union. This advice should guide us when considering “Bubbling” with any other province. We should trust and welcome neighbours, but verify safety and not rely solely on self-reporting by tourists of their freedom from Covid-19.

People who visit the province for compassionate family reasons, perhaps to visit a sick or dying relative, can be granted exemptions, but they must still quarantine for 14 days. Canadians living outside the Atlantic Provinces who have second homes in this province have been denied entry, up to this point, even though most would be willing to self-isolate for 14 days. 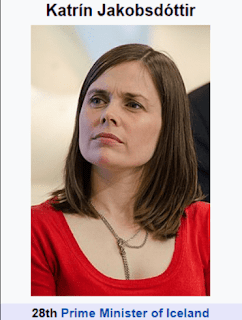 Canadian Bubble: A High Risk Approach
The province has been involved in discussions with other provinces about a “Canadian Bubble” which would allow people to visit without quarantine or testing. The Premier has indicated that any decision to enter into this arrangement has been held in abeyance.
Some jurisdictions rely on a combination of access criteria, including self-isolation and testing. Iceland allows visitors to enter if they will either quarantine or present themselves for testing. New Zealand requires visitors to undergo both testing and quarantine. In fact they must be tested at least twice in New Zealand during their period of self-isolation.  New Zealand strikes me as a good model to follow (see below), along with South Korea. 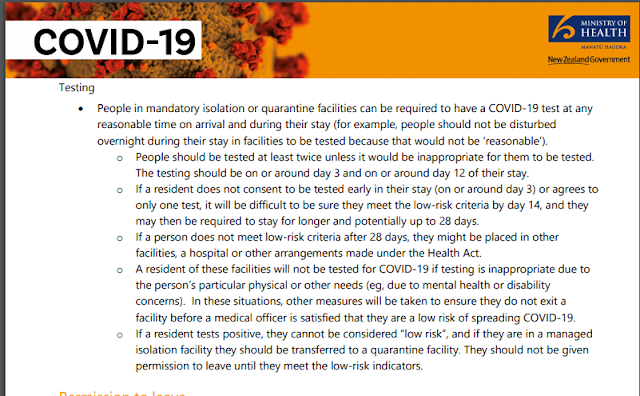 In addition to Covid-19 testing upon arrival, South Korea requires installation of an app for contact tracing and must quarantine for 14 days after arrival (see below). NL has no such explicit requirement for testing and app installation but both requirements should play an important role in our control of imported infections.

Government boasts of its balanced, cautious and incremental approach. Yet it made an abrupt policy shift when entering the Atlantic Bubble. It could have moved in a phased approach by first allowing tourists from the Maritime Provinces to be exempted from the outright prohibition on entry but to be subject to the same quarantine as faced by full time residents of the province.  Tourists may not be prepared to spend 14 days in quarantine but yet willing to undertake one or more tests and install an app for contact tracing. A better approach to the Atlantic Bubble might have been to allow tourists from the Maritimes to choose between 14 day quarantine and two  tests, the first  upon arrival and the second before the end of the quarantine period, with installation of an app common to both options.

The Premier and the Minister of Health have signalled they are not yet ready to make another big move at this time. I find this encouraging because it recognizes the risk of lifting controls. But if government decides to embrace a “Canadian Bubble” at some future time it should be implemented gradually, through a phased approach based on predetermined metrics or triggers.

I know personally of a resident of the province whose wife is an American citizen and resident living in the US and cannot join her husband in Newfoundland for a short visit.  The problem is not with the Government of Canada, but rather with the Government of Newfoundland and Labrador.  The husband has contacted the responsible Covid-19 authorities by both e-mail and telephone, with a commitment to self-isolate for a 14-day period, but has received no response, not even the courtesy of a receipt of such contacts. Yet people living in the Maritimes are admitted without quarantine and without testing.

I know former residents of the province who reside in the Toronto area but who have a second home in NL who have not been allowed to visit. How can they be rejected when they are fully prepared to undertake self-isolation while Maritime tourists are welcomed, with no testing, contact app or quarantine?

Conclusion
The people of the province have indicated they support a cautious approach. They are concerned about changes in the rules which have the potential quickly to undermine our relative safety and security. They need to know what is happening in order to be confident that the rules currently in place are giving them adequate protection. They need to be part of the decision-making process. Sadly, government has ignored pleas for greater public engagement.

2.         The Atlantic Bubble concept represents too big a risk. Ramping this up to create a “Canadian Bubble” is an even greater risk. We need to reconsider the dramatic shift in policy underlying these “Bubbles”. The “Canadian Bubble” would virtually dismantle the system we have put in place by removing in one sweeping change the requirement to self-isolate. My recommendation is that the Atlantic Bubble should immediately be reconsidered and replaced by a tighter regime, one which combines quarantine, testing as well as installation of an app for contact tracing, as policy instruments.

3.         This is not the time for a Canadian Bubble. Instead of entering a “Bubble” we should be tightening our controls over imported infections by adding Covid-19 diagnostic tests to our toolkit, along with a contact tracing app, combining it with self-isolation, as other jurisdictions have done. This is not the time to relax our controls. When that time comes we should not adopt the massive shift which underlies the Atlantic Bubble but instead adopt a more gradual approach.

4.         We should recognize the special case of people with family members, such as spouses and other relatives, living in the province and people living in other provinces who have a second home. These people with strong family connections and roots in the province should be exempted but subject to the criteria established by the province, currently self-quarantine for 14 days. Tight management can be combined with compassion and we can remain virus free.

In his National Post article Tom Blackwell quotes Amir Attaran, a health policy professor at the University of Ottawa, who said “he’s not concerned about the exemptions so much as what he called the “total absence” of enforcement for those who are in quarantine.”

This echoes my post of April 27 when I said that “We can take control of the coronavirus by preventing its importation through tighter measures at points of entry. We can increase testing and contact tracing. We can avoid a second wave if all hands are on deck and all citizens are valued for their opinions. All citizens must be vigilant to ensure that our government is acting in our best interest. Remember it is “we the people” who must ultimately exercise oversight over our government.”