An interesting piece appeared in the New York Times last week concerning a big dust up between President Donald J. Trump and his, to put it mildly, “estranged” niece, Dr. Mary L. Trump. Both Donald J. and her father, Fred Jr, were sons of Fred Trump Sr., the Trump family patriarch.

Dr. Trump has a “tell all” book coming out next week that promises to give the world a unique look inside the mental world of a man who has wreaked havoc on his nation and the world for the past three and a half years and is bidding , through re-election, to repeat this extraordinary performance .

The title of her book foreshadows it’s substance: “ Too Much - Never enough : How My Family Created the World’s Most Dangerous Man”.

Now Dr. Mary L. Trump (she has a PhD in Clinical Psychology and is a certified Clinical Psychologist) is obviously not your average political commentator and The Donald has wheeled out his overworked legal team in an attempt to use the courts to avoid the publication of her professional/personal scrutiny.

He seeks to suppress the publication of her book based on a 20 year old Non Disclosure Agreement signed by Dr. Trump in the aftermath of a family fight over Fred Trump Sr.’s will.

Too true; The Donald is, if nothing, a one track, relentless, attack machine whose tactics do not vary. 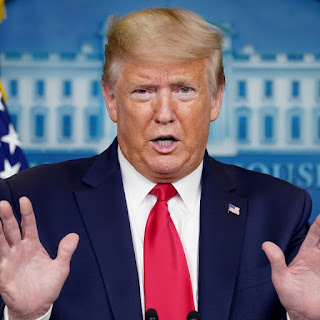 However, it was Dr. Trump’s defense to Pres Trump’s reliance on the Non Disclosure Agreement that caught my eye.

In a word, fraud.

Her lawyers have filed documents with a New York court alleging that Dr Trump’s signature on the Non Disclosure Agreement was induced by fraudulent statements by The Donald as to the value of certain assets covered by the will.

And citing precedents going back to Roman times, who used the phrase ex dolo malo non oritur actio  to assert that one cannot expect the court to help you profit from one’s own fraudulent activities, her lawyers claim that the court should not enforce the fraud based Non Disclosure Agreement to The Donald’s advantage.

Uncle Gnarley is dedicated to helping solve this Province’s pressing problems you say – why all this Trump business?

Well, it just so happens that the essence of the defense that Dr Trump is mounting is a defense of what we in Canada call “civil fraud”  and it may be of direct and great relevance to getting out of the greater part of our current Muskrat Falls pickle.

Based on legal precedent as to use of the “Civil Fraud” defense in Canada  and basic principles of equity , Nova Scotian utility Emera, our gatekeeper Muskrat “partner” foisted on us by Ottawa, seems to have a big problem – and of their own making. 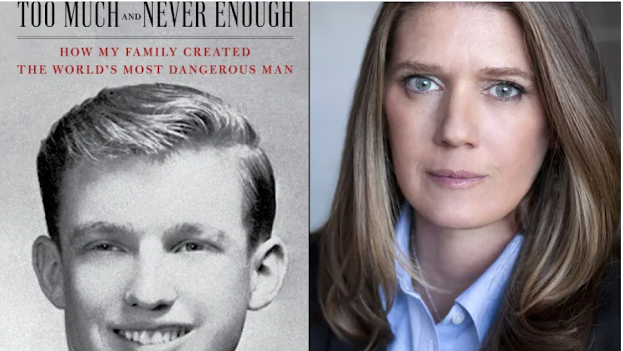 Because under the concept of “Civil Fraud”, all those contracts by which Emera’s lawyers have so painstakingly sought to bind us into inaction, and thus perpetual poverty, could well be fatally flawed by their “civil fraud” origins.

Yes, all those interlocking, cross referencing, signed, sealed and delivered, stacks and stacks of paper, a blizzard of words, legalese and subsidiaries, all trying ,like the Upper Churchill Contract, to put remedy beyond the reach of the victim, are at risk of tumbling down – if they have been built on fraudulent sand.

For it seems plain that Emera either knew, or should have known, that those December 2012 Muskrat Falls cost and financing numbers used to justify the Province’s Sanction Decision were built on sand – as exhaustively explained by Mr. Justice Richard LeBlanc in his Commission of Inquiry Report.

Yes, that LeBlanc Report, delivered on March 12,2020, less than a mere 4 months ago, whose adequate public examination has so far been yet another COVID-19 victim.
Time to urgently revisit that seminal Report – to Read, Mark and Inwardly Digest - when there is a tiger pacing about in your living room, it is best to make it your priority.

I hasten to add, Mr Justice LeBlanc’s findings were foreshadowed by the shocking allegations of costing improprieties at Sanction by a former Muskrat Falls project engineer in an "Uncle Gnarley" online article on January 30,2017.

So, if we decided to “Walk Away”, what would happen ? What would it cost us ?
Maybe nothing near as much as has been made out in most quarters.

Because Emera may well not be in a position to come to any court with the clean hands necessary to enforce any of those Nalcor/mera Muskrat contracts – and project funders and Emera’s shareholders may have thereby been put at extreme risk.

At least that is my opinion.

And to those, who, induced by their fatalistic hopelessness and lack of energy, say to this - BS – a pipedream - and at the same time have not done an exhaustive examination of the legal basis for a Civil Fraud defense, I say, you are part of the problem.

Indeed, mere principles of inter-provincial utility and decency demand that we get to the bottom of this Emera matter – disruption or no disruption.

It comes to this.

Because of Muskrat, we are about to enter into extremely critical negotiations with Ottawa, with, we are told, no cards to play and predictable results.

In the great web of $13 Billion worth of political and commercial machinations that is Muskrat, the idea that we, in this Province alone, are totally responsible for the outcome is to take naivety to a nihilistic fault.

Rest assured, it has Ottawa’s serious attention and that they are actively organizing and implementing their strategy.

However, like Emera, Ottawa may not be coming to these negotiations with clean hands either.

The truth is that the decision of the Harper Government in Ottawa to give Muskrat the green light by financially backstopping the project, without doing any real due diligence, and for a myriad of reasons, some of which were contrary to this Province’s best interests, makes them culpable too.

And the fact that they made Emera’s project participation a requirement of Federal funding makes them doubly culpable.

Such a requirement just a new wrinkle in the Upper Churchill situation when we were, in effect, denied the right to transmit Upper Churchill power to market across Quebec.  In this case, there was to be no clean route across Nova Scotia without cutting Emera in – in a big, bargain basement, relatively risk free, way.

And merely because of Ottawa’s guarantee, the Canadian Imperial Bank of Commerce’s decision to facilitate many billions in loans to Muskrat without conducting their normal due diligence process, which, if at all competent, would have spotted the flaws in the egregiously, under calculated project costs at Sanction, makes them culpable as well.

Indeed, one would have to search Canada hard historically to find a larger, more powerful and more tight knit gathering of commercial and political power than that which our $13 Billion called forth; and anyone who thinks they did not seek to maximize their advantage is living in Dreamland.

Well, one very promising way to cut through this truly Gordian Knot is a “warp speed”  Joint Federal/Provincial Inquiry into all aspects of the Muskrat Falls Project.

We really do need to know - Who knew What and When?

And we must not be afraid to insist on truly adequate answers.

For we have even been told that our “continued existence as a Province” depends on it.
And as the results of the new expanded Muskrat Inquiry could materially improve our negotiating position, it is not in our best interests to enter into negotiations with Ottawa on Muskrat before the results of that new Inquiry are made public.

One of the great benefits of a Joint Federal/Provincial Inquiry could, and should, be broader Terms of Reference than those of the LeBlanc Inquiry, which was hobbled by jurisdictional issues and restricted Terms of Reference.

It would have been easy for Dr. Mary L. Trump to have given in to The Donald and his legal bullying – to his web of paper.

But she is made of sterner stuff.