IS IT POSSIBLE TO ELIMINATE THE DEFICIT IN NL?

A Pessimistic Interpretation of the Greene Report

Moya Greene’s “Big Reset” Report, the final product of the Premier’s Economic Recovery Team, has done a dashing job of showing exactly where and how to eliminate this Province’s deficit plague.  Well done, let’s get started, right?  Not so fast.

Upon consideration of the underlying issues, the prescribed budget cuts and taxation increases will face insurmountable challenges.  It is clear upon second reading that Greene chose her numbers despite their improbability - she has developed a plan on paper that is impossible to deliver.  If this were a business plan submission, she has failed because there is no consideration of the many execution challenges.

The Report is not a failure, however, in the sense that it now makes our problem much clearer to see.  The financial state of the Province is well beyond any remedy that can be devised independently as a Province.  The Report does successfully show that insolvency is indeed at our door and there is no solution other than for the Federal Government to step in and help clean up the mess.

Brief examination of the key budgetary recommendations are provided here to show how the Greene Report came to address what they determined as the Province’s $1.3B deficit problem, a figure that may yet prove deceptively low.  Approximately two-thirds of the deficit is addressed through budget reductions and one-third with tax increases including several new tax and fee concepts.  The commentaries quickly present some of the challenges and consequences leading to an opinion as to whether they can be successfully implemented. 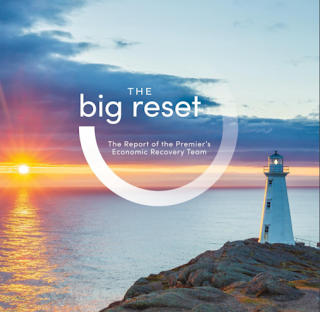 Greene used good evidence to justify this recommendation based on NL outspending other provinces in this sector.  It’s the least aggressive of the proposed cuts and may well be achievable although Government has no easy path and there will be plenty of resistance.

Having recently completed new collective agreements with most unions (guaranteeing small raises), wage action is precluded (notwithstanding legislative rollback which, while not unprecedented, is quite unlikely).  As wages are the major cost, this means non-wage costs must be cut much more deeply than 5%.  When those items are squeezed to their maximum, layoffs must make up the rest.  Expect program support to drop like a stone, management ranks to thin, and some union staff layoffs.

The freeze period will necessitate ongoing cuts to offset any wage increases already committed and for anything else where inflationary pressure may exist.  Capital spending on infrastructure will likewise tighten up some.  This recommendation may be executed but it has more consequence than many may perceive a 5% cut as having.

This recommendation is based on bringing per capita post-secondary funding more in line with that of other provinces.  This province spends so much more than any other that a 30% cut would leave it barely trailing the second-highest spending province in this category.  The target has obvious merit in terms of choosing a number but it feels at least twice as severe as what may be practically achievable.

The tactics to execute a 30% cut will drastically change the look of post-secondary education in this province.  Sensible tuition increases, long overdue, can make up for only a minor part of the budget loss, maybe one-fifth of the budget cut.  As 30% wage cuts are not going to happen – likely no wage cuts will happen if no other public sector bodies are subjected to them – then the funding gap will necessitate major infrastructure and employment reductions.  Many buildings must be closed, and a substantial number of programs cut.  Students seeking less popular programs will be forced out of province and strong programs may be weakened.

The 30% cut can be done through brute force and ignorance but the mission of MUN and CNA is likely to be compromised.  For his part, Premier Furey sounds like he wants to see this one through, ominously saying “MUN has to figure out what it wants to be when it grows up”.  The juvenile choice of words was especially tactless and insensitive – somehow the University has drawn his ire.  Did he flunk a first-year arts elective perhaps?  Whatever it is, he has shown he has the ignorance part necessary to enforce this dramatic cut, despite whatever perils may result from hobbling the University.

The Report includes statistics showing that NL per capita health spending in 2019 is almost 15% higher than in the next highest spending provinces of Nova Scotia and New Brunswick which are reasonable comparables.  Reduction by the proposed 25% though would make NL one of the lowest spenders in 2019 which is exceedingly ambitious as it would place NL alongside Ontario, Quebec, and BC, provinces with much larger scale systems capable of greater efficiencies.  But that is not all as the 25% reduction must be in place by 2026-27 when we can only reasonably expect those provinces to likely be spending 10% or more than they did in 2019.  The Greene recommendation is therefore demanding that NL go all the way from being the highest spender by a wide margin to the lowest spender on health by a wide margin. 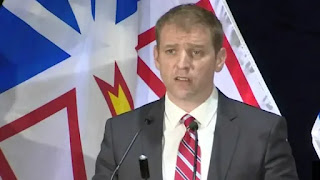 Evidence is also presented within the Report clearly showing the nature of this province’s problem – an aging population that is predominantly 50+.  It is easy then to predict that health care spending needs for this group are going to balloon in the coming years and it is hard to see NL not continuing to have the highest per capita health expenditure going forward if quality of service objectives remotely comparable to the rest of the country are to be maintained.

Forcing 25% budget cuts, simultaneous to an increase in demand for services, will result in chaos, calamity, and hardship for a great many.  The targeted cuts could only be achieved through closure of many rural facilities, cuts to funding for specialty services and pharmaceuticals, and substantial layoffs of not only administrative staff but a lot of core medical personnel and specialists.  If anyone thinks health service is difficult to access now, the future would be abominable.

While some efficiencies must be found and new policies for care developed, merely implementing a budget freeze with zero reduction would likely have been a plenty ambitious target.  Health is also the most voter-sensitive issue and no political party will survive if they attempt to force this through.

Representing two-thirds of total recommended expenditure reduction, this unachievable recommendation undermines the approach to cuts in the other sectors above.

The recommendations within the Report appear generally well-reasoned.  Having expended plenty of attention on climate change and going green, more consideration should have been given to increase fuel taxes and the carbon tax in a manner that would change consumer behaviour as the minor tweaking to today’s gasoline tax will achieve nothing. This area requires coordination with Federal policy and may in part explain why it was left largely off the agenda for now.

The big problem here is we know from recent history how successful the public is at shooting down tax increases.  Only if Government had a complete plan for deficit reduction that involved major spending cuts that it could see through, might the public grudgingly go along with tax increases as a necessary part of a total package.  It’s all or nothing.  If the public feels the spending cuts will fail to be implemented, as they should from the analysis above, they can be counted on to react vengefully toward any political party that would try to implement major tax increases.

No allowance was made in the Report for how burdens from Muskrat will be handled.  This is to be contrasted with the Premier’s recent mention of how rate mitigation with no Federal assistance will cost Government $600M/yr.

Readers must carefully consider that the Report, constructed with information collected directly from the Department of Finance, specifically excludes Government as covering this expense.  Despite Government rhetoric, electricity customers on the Island remain totally on the hook for the costs of Muskrat.  The public should not think rate mitigation is a given – in fact, the evidence here suggests the opposite.  Given how little has been heard from Ottawa, hopes for a cash-heavy no-strings-attached bailout should be dashed.

In the event ratepayers are inflicted with $600M/yr in new expenses, it stands entirely to reason that taxpayer capacity will be greatly diminished.  The Greene Report recommendation to raise tax revenues then becomes heavily impeded.  Meanwhile growing demand for social transfers to low-income residents will vex the Report’s recommendation for Government to reduce expenditure.

Should Government pick up the $600M rate mitigation tab, the deficit balloons toward $2B.

Greene was likely much too optimistic to exclude Muskrat Falls from consideration.  It’s a virtual certainty that she could not find a reasoned opportunity to cut or tax another $600M therefore to keep the exercise alive, Muskrat was set aside presumably to be solved in some other way.

NL Deficit is Beyond Control

It cannot be denied that Greene used absolute reasoning to arrive at a hypothetical mathematical solution to the deficit.  According to the Wisdom of Solomon, it may be characterized as senseless reasoning as the result accomplishes very undesirable ends.  This was, however, the challenge that was asked of her and in that she succeeded.  It is up to the readers of the report to make sense of it and choose the next step. 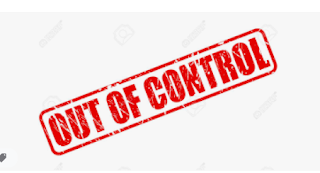 Greene’s financial recommendations must be considered a non-starter with zero chance of success in eliminating the deficit.  Practical measures that Government could successfully enact amount to a minor portion of the deficit at best: a deficit of at least $1B is probable.  If Muskrat Falls costs are assigned to ratepayers, zero deficit reduction is the likely outcome while if Government subsidized Muskrat the deficit would rise potentially to $2B.

This analysis should provide no relief or satisfaction to some of the loudest critics of the Greene Report.  The Province’s insurmountable deficit simply means the problem has grown beyond our own control.

Our own political representatives are soon to admit they cannot endorse a plan that hurts so many of our own citizens so badly while having zero chance of successfully eliminating the deficit.  They will essentially apply token pressure to maintain something close to status quo until the Federal Government forces the issue.  That is a day that may come far sooner than most expect thanks to the required reckoning of Muskrat Falls anticipated within the next year.

A hard negotiation with Ottawa is coming soon and our representatives would be wise not to deny that.  Denial means they are choosing to be unprepared.  Everyone who can influence those representatives had better do all they can to get their ideas out to shape a strong negotiating strategy.  The Province will have to be ready to enact budgetary constraints, tax increases, and to cede control of key assets and areas of jurisdiction to earn Ottawa's support.  Failure is not an option.  A bigger political moment has not occurred since Confederation.