The Hoover Dam is one of the wonders of the modern world.

It was constructed during the Great Depression and came in under budget and two years ahead of schedule.

In contrast, the Muskrat Falls project is almost 50% over budget, nearing $10 billion, and rising, and its capacity is 824 megawatts. And it is well behind schedule.

So the Muskrat Falls project is at least three times the cost of the Hoover Dam for less than half the power. 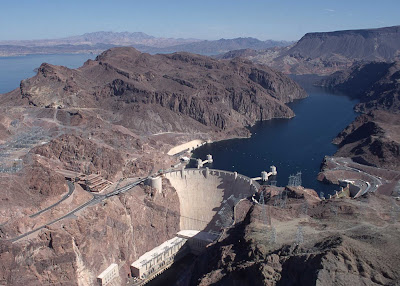 The Muskrat Falls project is no Hoover Dam and it won't be one of the modern wonders of the world. Rather it will rank as the worst public policy decision made in Newfoundland and Labrador since Confederation.

Given that the Hoover Dam is named after a former President of the United States, the least that we can do is to rename Muskrat Falls after a certain former Premier. How does Williams' Falls sound. Or perhaps Williams' Folly. We could, of course, rename the Churchill River after him, but even Mr. Williams might concede that Sir Winston Churchill is a slightly more deserving figure.

In this way we will always remember that it is Mr. Williams' legacy to us as we pay our electricity bills or the power is off for weeks on end.

The current Premier also claims that our electricity rates will be the lowest on North America, when in fact our rates will likely double, making them among the highest in North America. Our rates are  currently in the middle of the pack in Canada, but at 11.34 cents per kilowatt hour, a lot higher than rates in Montreal or Winnipeg. Because most others places use gas to heat their homes, the impact on most of us who use electric heat here will even be more dramatic.

Ron Penney is a former deputy minister of justice and city manager for the City of St. John’s.
Posted by Des Sullivan at Saturday, November 21, 2015