No one likes “cover up”.

Some readers may remember the recent assertion, by the Minister of Transportation and Works, that the discovery of the fuselage of an old military airplane was responsible for the increased cost and delay to the new Virginia Park School Elementary School.

The CBC reported: “Brazil said that safely removing the airplane required a lot of time and an additional $6 million….securing the extra funding also held up the process.” Other media gave similar reports.

David Brazil would have us believe he was working hard to expose the former Fort Pepperell army dump site. He was actually trying to bury a significant cost to the public purse, knowledge of which he preferred people stayed ignorant. 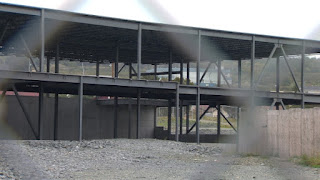 “We’ve committed the money, an additional $6 million, to do this. I’m moving the project fully ahead” the CBC reported the Transportation and Works Minister, as if there was no reason for concern the school was delayed.

Brazil was responding to criticism from Peter Whittle, a member of the school council for the Elementary School who suggested “poor project management” was responsible.
It turns out Whittle was right.

The truth is, finding the old airplane fuselage was irrelevant.

Before I get into the story, one reference point is worthy of note.

A few months prior to the tender award to Marco Construction, another contractor, Bursey Excavating and Development, was the lowest bidder on a Tender on the same project, which included only the site work. The bid price was $640,000. For reasons unexplained, Government cancelled the Tender and started over.

The new Tender, in addition to site preparation, included the foundation and the structural steel for the school.

But the $640,000 price will look like a darn good deal as the full story unfolds.

On July 25, 2014 the expanded Tender was awarded to Marco Construction. The value of the award was $2.95 million (HST not included). It would get the Virginia Park Elementary School under way.

The site had contamination problems, which were known when the first Tender was issued.
By the middle of August 2014, testing was underway to locate the boundaries of heavy metal contamination at the old dump site.

The Transportation and Works Department was advised, by Marco, that more heavy metals were encountered than expected, but no quantities were provided.

Additional materials were removed August 16 to the 18th.

Then, on August 20th the Transportation and Works Department issued approval to the contractor to begin removing materials containing asbestos.

On August 26th, sources state, the contractor provided the Department with information regarding the quantities of asbestos contaminated materials it had removed up to August 25th.

The estimated cost was over $1.8 million.

Had the government received a bill for even a little more, the amount would have been good news!

But the project was about to take a strange turn.

An official of the Department authorized the contractor to continue removing the asbestos contaminated materials.

The work proceeded at a fast pace.

Informed sources advise that dump trucks were lined up for 3 days, 24 hours per day, for the purpose of removing the additional material from the site.

When bureaucrats returned to their Offices, from the Labour Day weekend, they were faced with a huge bill, described in a “Request for Change Order”.

Within just those few days, the cost of removal of the contaminated soil had jumped to $7,870,949 according to the Company’s Progress Claim dated August 31, 2014 received by the Department.

The Minister became involved; reportedly, the Cabinet, too.

Then, something unexplained occurred.

The $7.8 million figure was negotiated down to just over $4.8 million.

According to informed sources, the contractor was in a legal position to invoice the government for the larger figure. Yet, a “quid pro quo” was negotiated.

The literal Latin translation for the familiar working term “quid pro quo” is “something for something”, or an exchange of goods.

We don’t know on what basis the Government and the contractor agreed to a $3.0 million write-down; but that is a question that needs an answer.

While sources have provided some information to explain the settlement, sufficient detail is still lacking..

The next question is: how does three days of soil removal cause a bill of over $6 million (in addition to the $1.8 million estimate for the quantities removed earlier)?

How could such a large amount of money get spent when the Transportation and Works Department was not even aware a bill of such size was on the way?

The short answer, the Blog has learned, is bureaucratic incompetence.

The job of an owner (in this case the government) is to protect its interest. That is not the job of contractors. They will look out for their own interests.

But in the case of the site work for the Virginia Park School, the Government failed to perform even basic due diligence.

The removal of different types of contaminated soil is very expensive. Based on the Tender documents, one type of asbestos removal is $2,400 per cubic meter. Soil containing heavy metals cost $800 per cubic meter to remove.

When quantities are not capped, as they were not in this Tender, costs can increase very quickly; in the absence of oversight, they can sky rocket.

Standard management practice is that the Consultant has defined the quantities which require removal. Alternatively, an Inspector, representating the Owner, oversees the removal operation, performs a count of the haulage and confirms how many truck loads fall in to the contaminated or uncontaminated categories.

At Virginia Park Elementary, those basic oversight practices were ignored.

On-site inspectors would have noticed the unusual excavation activity and warned officials to install proper protocols long before the $7.8 million bill arrived.

So, incompetence explains the huge Invoice the Government received.

But it does not explain the $3 million write down.

It does not reveal why the Minister had to engage in a “cover-up”; telling the media removal of an old buried fuselage was the cause of the overruns and the delay.

"We've been accused to a point of saying we're playing politics here or we're stopping the school. Nothing could be farther than the truth," said Brazil.

What is the farthest from the truth just happens to be ….what Minister David Brazil would have us believe.

Now, it is time for Minister Brazil to come clean.

Perhaps, the Minister will also tell us:

-       if any member of his department was penalized for this egregious oversight?

-       Why the initial Tender which attracted a Bid of $640,000 was not accepted (when that Bidder, except as a sub-contractor, performed the site work, anyway)?

-       What was traded-off in order to reduce the contractor’s Invoice by $3 million?