If this were a different time, we would wonder why the Premier chose a Liberal Party fundraiser to announce that he will now call a Judicial Inquiry into the Muskrat Falls project - the very people the $12.7 billion "boondoggle" will least affect.


If this were a different time, we would wonder why he chose to disclose one of the most important initiatives of his Administration to this group of peddlers, contractors and compradors that hung on Danny Williams’ coattails.
If this were a different time, we might ask the Premier to share his moment of conversion and what inspired him to do an about face.
However, while those things niggle at our sensibilities, none constitutes the real issue. The larger object of our focus, now, must be getting the right inquiry. 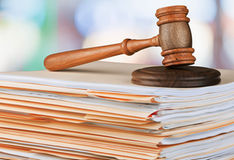 But first it is right to acknowledge the Anonymous Engineer whose statement, eight months ago on this Blog read: “I could not put up with falsifying information any more”. The former Nalcor engineer was speaking in reference to Nalcor’s fiddling with the project estimates and the budget. He cracked open the wall of deceit which the crown corporation had kept hidden until then.
The Telegram’s James MacLeod should be recognized, too, for his story regarding Nalcor’s excessive use of hundreds of high-priced “embedded contractors” and the secrecy afforded their huge pay packets by Nalcor, which added fuel to the fire — winning the Premier’s attention.
That said, I can think of four conditions precedent that will help make the Inquiry an important and effective process; one that history will confirm as fair, having been conducted thoroughly and with the employment of due process.
First, the Premier must give his assurance he will not involve senior officials of Nalcor in the drafting of the Inquiry’s mandate.


That will not be easy. The Inquiry represents a threat to many who believe that they are impervious. They will not relinquish those protections easily.


Second, the Inquiry must be conducted under the Public Inquiries Act.
It is this Statute that enables a Judge or other Commissioner to issue subpoenas and to have witnesses examined under Oath.
Third, the Inquiry must be given the widest possible mandate.
On the one hand, its specificity must be precise enough that the presiding Judge does not get to omit consideration of critical issues.


On the other, the Inquiry’s mandate must not be restricted in a way that allows the proceedings to be disrupted with legal claims that matters raised are outside the Inquiry’s mandate.
In short, if the Premier’s intentions are honourable, he will ensure that the Terms of Reference are all-encompassing. 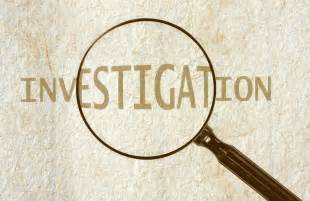 The Inquiry should be permitted to immediately secure documents filed on Nalcor’s and the Government’s computers (or elsewhere) so that they are not lost… or wilfully destroyed.
The timeline of the investigation is important, too.
It must start at the very beginning — with the involvement of SNC Lavalin in 2006, when the Company was given the task of front-end engineering and the financial strategy to secure its development, SNC having later secured the EPCM contract.
It must be permitted to conduct a Forensic Audit, the Judge having sole authority to define the scope of the Audit.


The Inquiry will have a good many issues to assess.
In this respect, the public should bear in mind that every single assumption — without exception — underpinning the Muskrat Falls project has been debunked.


The level of falsity has extended well beyond the project budget and cost estimates. The issues run from the excessive value given to export power, to the forecasts that presaged growth in electricity demand on the island that were wrong from the get-go. Then there is Nalcor’s unbridled prediction about the price of oil.
Those issues, and how they were contrived, are individually important. But they also relate to how Nalcor falsely concluded that the “inter-connected” option had an advantage over the “isolated island” option by $2.4 billion.


The Inquiry will need to assess whether the giveaways to Nova Scotia were warranted, and why Nalcor proceeded with construction when the Nova Scotia UARB had not signed off on the deal which Nalcor and Emera had negotiated — leading to a supplemental agreement and more giveaways.


Then there is the North Spur stability problem, methylmercury, and Nalcor’s charade — one that continues — over the Water Management Agreement (essential to coordinate production from two or more hydro dams on the same river) which the Quebec Superior Court effectively struck down.


Add to those matters the status of the Holyrood Generating Station, whose certain decommissioning was heralded by Nalcor — and certain Premiers — as justification for the province to proceed even without the Federal Loan Guarantee. Now, at the urging of the Liberty Group, even Holyrood must be maintained as a safeguard against the failure of any part of the 1100 km LIL transmission line — which won’t come for free.
Unwrap any issue upon which the Muskrat Falls project was predicated, and the public will discover a parcel of deceit adding gravitas to the job of the Inquiry. 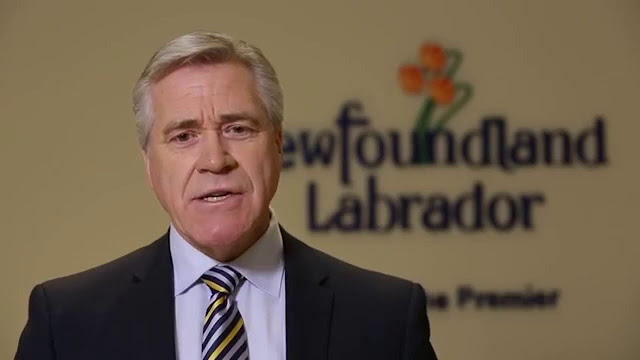 Hopefully a Judge will perform one other service. He or she might want to relieve the compressed air that has kept aloft the patently untrue — even ludicrous — claim that we were lucky to have been visited by Nalcor’s group of “world class experts”.
While the Judge will want to assess issues related to the falsification of the estimates, no one should doubt that a large part of the current $12.7 billion price tag is due to an unsuitable, incompetent project management team — few of whom can claim experience in hydro project construction.


Apart from any decision to which he might have brought unwarranted influence, the public is due an explanation as to why so many of the assertions made by former Nalcor CEO Ed Martin did not reflect the truth about the financial state of the project and its schedule.
Equally, the public needs to know the origins of the SNC Assessment Report, how it disappeared and reappeared. We need to hear from a Judge the extent to which Nalcor was reckless, having ignored a litany of major risks to the cost and schedule enumerated in the Report’s 24 pages.


In addition to the deception and any corruption that presaged sanction, the public has a right to know if Nalcor officials conspired in an unsuccessful attempt to influence the outcome of the 2015 General Election.
As anyone can tell, unfettered scope must be the watchwords for how we assess the mandate the Premier delivers to the Inquiry Judge… which leads to the fourth condition precedent.


It goes without saying that an Inquiry involving so many issues, each having enormous complexity, must be given adequate funding and resources. The job will require forensic accountants, qualified engineers and lawyers, and other professionals.
Some people will quibble about the Inquiry’s cost. Everyone should be reminded that, when the final bill for Muskrat comes in, they will begin to see what it means for our economy, as well as the personal cost it represents — for everyone.


They will want to know how this debacle could have ever gotten started, and how they were duped into giving the project their unwitting support.
If corruption is found to have underlain the sanction decision, they will expect the guilty to be brought to justice.


Because the consequences of Muskrat will be so huge, I expect that many will want to use the Inquiry as the basis for a new dialogue on how we must change fundamental aspects of governance in this province.
For now, we should remain sceptical about the Inquiry, and particularly the construction of its mandate. The Premier — not the public — must take responsibility for our doubts as to his sincerity and the fullness of his intentions.


He can still make us believers.
And if he is true to the economic and the moral imperative this Judicial Inquiry represents, then history, too, will reward him for his effort.
Posted by Des Sullivan at Monday, October 02, 2017