While Muskrat Falls “the dam” is the object of much well-deserved scorn, the transmission line parts of the project may not be receiving all the critical attention they deserve.  This post examines cost recovery for the transmission assets on A C/kWh basis to demonstrate just how uneconomic they are.

Along the way, transmission costs in other jurisdictions are compared and the economics for importing or exporting energy over the Maritime Link are examined.  The conclusion is that Muskrat and the Maritime Link will do only thing well: deliver benefits to Nova Scotia.

Pre-Muskrat Cost of Transmission
For a long time, the high voltage (66kV and higher) transmission aspect of NL Hydro has been less than one-tenth of annual overall costs.  That ratio will go way when cost recovery begins on the Muskrat project transmission assets. 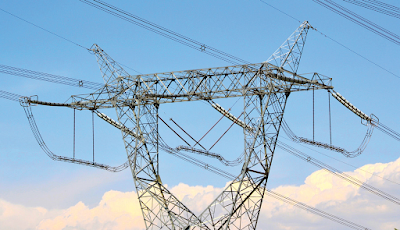 Within the latest General Rate Application documents, Hydro calculates the 2019 cost of transmission on the Island Interconnected System at 0.895 c/kWh.  The calculation is quite simple as shown in the table copied below: just divide the annual revenue requirement (ie. cost) of the in-service transmission assets by the annual energy that it carries.

This pre-Muskrat cost is comparable to that of other utilities.  Hydro Quebec’s transmission fee is 1.25 c/kWh while Manitoba’s is under 0.5 c/kWh.  In fact, NL Hydro’s transmission rate was only about 0.4 c/kWh until the recent completion of TL267, the new 188km transmission line from Bay D’Espoir to the Western Avalon completed at a capital cost of about $300M in late 2017.  TL267 added only a fraction to the existing transmission system yet it doubled annual Island transmission costs.

The TL267 example highlights the tremendous value delivered by old legacy assets and the huge rate impact of new projects.  This is an effect well understood by virtually all regulated utility jurisdictions that leads them to approve major new construction projects often as a last resort.  Conservation and demand management (CDM) programs are typically the first step and best value for ratepayers in slowing or reducing capacity and energy requirements and preventing the build of rate-escalating new assets.

Probable Transmission Costs in 2021
If the $300M TL267 project was a warning sign, then what is the rate impact of Muskrat transmission assets with capital costs about 20 times greater?  We can estimate that reasonably by examining the two subprojects and adding that to the 2019 cost projection shown above.

The biggest charge coming is for the 1100km Labrador Island Link.  Nalcor’s 2017 estimate for the LIL Power Purchase Agreement (PPA) cost is $417M.  The LIL PPA slowly declines in price every year but this will be more than offset by the next item.

To complete the calculation, 2021 energy requirements must be estimated.  As explained in recent posts, the anticipated declining two-rate system may result in a mild elasticity response: a 5-10% reduction from Hydro’s 2019 figure above is probable.  The resulting calculation of 2021 transmission fees is therefore in the range of 8 to 9 c/kWh.

The key point most people may not know is that transmission costs dominate the cost impacts in the early years after cost recovery commences.

Interconnection Without Muskrat Generation?
The massive rate escalation of transmission costs puts in a very dim light any notion that connecting the Island to Churchill Falls without the Muskrat generating station might have been an attractive option.  Additional energy costs would be applicable given that the available surplus Recapture energy and capacity available fall far short of Island winter peak heating needs.

Had Nalcor imagined to develop a Conservations and Demand Management program (CDM) as the first measure to decrease the winter peak requirements, recapture energy might fill the remaining gap.  Further imagination would have also deduced that far more viable alternatives would exist to fill the energy and capacity gap than a $7B transmission development.

Setting aside such imagination of CDM actions and alternative solutions, Nalcor would need to purchase firm energy from Hydro Quebec for the winter season only, the period when HQ values its energy the most.  The cost might easily have been in the 4-6 c/kWh range had they bothered to ask.   With all costs in, the transmission-only project would double Island rates just as the existing Muskrat project will do.

The only consolation of this very undesirable project concept is that the ratepayers would be spared the near 6-times growth of backloaded Muskrat generation cost recovery in the Power Purchase Agreement (PPA).

High Costs to Import Power via Maritime Link
As part of the GRA hearings, Hydro had to develop a response to the Consumer Advocate to demonstrate the costs associated with delivering 100MW of energy from the New England NE-ISO market.

In summary, the cost of energy is about 5.5 c/kWh while the transmission costs (also known as wheeling fees) through New England, New Brunswick and Nova Scotia add 5 c/kWh.  It is simply inconceivable that Hydro would pay 10.5 c/kWh for externally sourced power when they anticipate a massive surplus of hydro power available within their own system.

Besides that, there are known capacity constraints throughout the network, especially NS-NB transmission, that would make a large import, such as for emergency to replace Muskrat in winter, virtually impossible to deliver.  Throughout the GRA process, Hydro has had to admit many times over that they cannot contract firm energy deliveries via the Maritime Link presumably for this reason.

Would third parties pursue import power?  Firstly, all the same transmission constraints exist plus a third party would have to pay the 8-9 c/kWh Hydro fee.  There is also a Maritime Link fee (which couldn’t be found for this post but is likely to be at least 1-2 c/kWh).  For Newfoundland Power or any Industrial Customer looking at importing from New England, probable costs surpass 20 c/kWh.  Hydro will certainly be offering those customers far lower wholesale pricing.

Import of energy over the ML in any useful quantity at an economic price will not be possible.

US Export Via Maritime Link
Using Hydro’s GRA example again, the flow can be reversed to assess export profit potential: “the gravy” as often said by proponents including former Nalcor CEO Ed Martin and former Premier Danny Williams as recently as his testimony before the Commission of Inquiry earlier this month.

The day-ahead market price in NE-ISO averages about 5.5 c/kWh indicates the revenue opportunity but the transmission fees of 5 c/kWh incurred to get energy into the New England market eat up nearly all the sale.  Nalcor’s gross margin would be a mere 0.5 c/kWh.  When other selling and administrative costs are deducted, there would be nothing left.

Will it get better?  Likely worse.

New England-ISO electricity prices have been closely linked to natural gas, the primary generation fuel in the area.  While industry forecasts show gas prices should rebound slightly in the years ahead, the NE-ISO website clues readers to the fact that wind energy providers have already started to outcompete gas in setting a lower market price 15% of the time.  We may surmise that as the wind sector is set to grow substantially in that region, there will be further downward pressure on electricity prices.

Next, consider what was demonstrated above about the costs of transmission dramatically increasing as new assets are built or refurbished.  Eventually all jurisdictions, including those on the route to New England, must invest new money for upkeep of their aging assets.  Their transmission fees are sure to increase.

US exports of Nalcor energy via the ML will be squeezed by both falling revenues and increasing costs – American gravy won’t be on the menu.

Let’s close by revisiting the pre-sanction 20-80 Term Sheet that was based on Emera and Nova Scotia committing 20% of the cost for 20% of the power.  We already know their cost share has decreased as Nalcor has had to bear nearly all the Muskrat overruns, but that isn’t the big issue. That one is the energy allocation that the project is likely to end up with.

The Emera agreements already require Nalcor to offer at least 2200 GWh annually and as shown in this post, as it is the only practical market for surplus energy, therefore the number might be significantly higher.  Notwithstanding other concerns (water management, North Spur, general reliability), deliveries exceeding 3000 GWh are conceivable.

For local Island ratepayers, Muskrat is simply a Holyrood replacement.  While Holyrood has delivered about 1500 GWh in recent years, after rate impacts are considered, this amount could easily be cut in half meaning only 750 GWh of Muskrat energy might be used here.  Longer-term, it’s hard to think that total Island demand has anywhere to go but down.

The 20-80 Term Sheet is set to do an embarrassing flip where Nova Scotia may receive about 80% of the power for less than 20% of the cost.  Nova Scotia did a solid job of minimizing their risks and maximizing their opportunity.  The gravy is theirs.
Posted by Des Sullivan at Thursday, October 25, 2018