The decision by the Liberal Party to ignore candidate John Abbott’s request to “stop the clock” on the May 9th leadership vote is both disrespectful and unwise. Yes, the public wants to see the ‘arse end’ of Dwight Ball as quickly as possible, but his unsuitability was recognized, including by his own Caucus, long before now. A few more weeks won’t matter didley squat.

More importantly, the Liberal Party should make sure that the process applied to replacing Ball is fair, dignified and respectful to the candidates - and to the public, too. If not them, who does a political Party serve?

The Liberals’ are forgetting that the fairness of the selection process is inextricably linked to the next Premier’s legitimacy. The public is watching; their metric of winning leadership may be just a bit different than that of the Party’s insiders.


Let’s not kid ourselves. There are darn few who haven’t figured out that Andrew Furey is the “establishment man”. The announcement of his candidacy, attended by all but two members of the Liberal Caucus, and an assortment of other worthies, may well constitute an unmistakable message that their idea of “process” is allowing the “contest” to proceed- at all; not that it should also be fair. But a warning: the public has a nose for arrogance.

The Tories suffer from the same malady; Danny Williams’ arbitrariness around the Tories’ handpicked successor to Kathy Dunderdale – Frank Coleman – reeked of the same dismissal of Party members’ capacity to think for themselves. We know how that worked out. 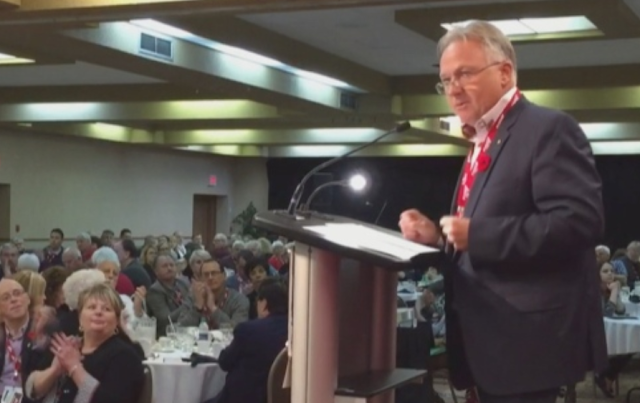 The Liberal Party is also guided by senior officials beholden to shadowdy “guiding hands”. All parties have their quota of people blinded by ambition – and stupidity. In this context, a “we know best” mantra really means that the winner has already been chosen! The arrogance is not uncommon. It’s just too common.

John Abbott is a relative unknown in the Liberal Party. Many will recognize Andrew Furey’s father, the Senator, before they will recognize him. But Liberals are not being asked to vote for his father. Furey’s credentials seem impressive enough except, this time, the Liberal Party is actually very fortunate to have two contenders whose accomplishments are worth a spot in any Party’s window.

When the public should be given every opportunity to know both men, especially in the face of an historic shutdown over COVID-19, when the normal machinations of social and political interaction are prohibited, Liberals insiders are saying, in effect, this aberrant status quo suits us just fine!

In place of rushing the chosen one to power, Liberals ought to be looking for ways to expose each candidate’s ideas, what they are committed to, what they understand about the province’s desperate financial position, their solutions, and if either has a commitment to policies that should be aired now. The candidates should not only be tested; all the stops should be pulled to make the Leadership contest exactly that - a “contest”.
Right now, public meetings are de rigueur; “social distancing” runs contrary to notions of political familiarization.

What is it that the Liberals don’t understand?

Rodney Mercer, chief returning officer for the race has resigned his position in response to the Party’s intransigence. MHA Pam Parsons has suggested that “the last thing people in her district are thinking about is electing a new leader.”  On Friday, Andrew Furey released a statement indicating that he would support a decision to suspend the race, reversing his earlier position.

Other Liberals have expressed similar sentiments.

The Liberals should take this weekend to rethink a flawed decision. Some may harbour notions that the cloud that formed over five years of Dwight Ball will magically disappear.