Guest Post by Ron Penney
Because of our geography we have a big opportunity to nip the Coronavirus in the bud but I fear we are not taking full advantage of that fact.

And because we are late in getting cases, we can learn from other jurisdictions.

I know that some will say: what does he know about this, as was said of me and my other fellow naysayers when we dissented on Muskrat Falls.

In this case I do happen to bring some expertise. A stint as Deputy Minister of Health and head of the City’s Emergency Response Team when I was City Manager for 16 years. And, more importantly, retired public health experts are talking to me daily about what we should be doing. The government should be reaching out to them.

This is likely to be the biggest crisis to have ever faced us. Muskrat Falls and our fiscal crisis may well pale in comparison.

As far as we know now, the single most important step is social distancing. At every juncture we have failed to act quickly enough and have followed rather than have led.

We have not stopped visitations at our nursing homes - the single most vulnerable population we have. In addition, we have allowed nursing home and hospital staff returning from outside the province to immediately return to work. Some private nursing homes are stopping visitors now. Why the wait? 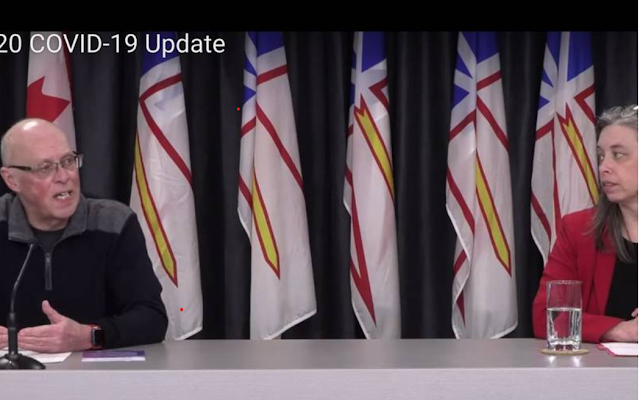 We have delayed our decision to close schools until some independent schools and the University made independent decisions to close.

Many restaurants and bars made decisions to close. We have now closed bars but have allowed restaurants to stay open at reduced capacity. They should be ordered to close.

The recent decision on closing Liquor stores has only served to confuse the general public and cause lineups, which is the last thing we want.

We shouldn’t have been distinguishing between those coming from foreign destinations and domestic, a policy just changed on Friday. They all go through the same airports in the case of air travel. I'm pleased that now everyone returning to the province is also required to register and be given a quarantine order, but again that should have been done much earlier.

We delayed the declaration of a public health emergency too long and many of those who were told to self-isolate ignored that recommendation. Shame on them. It needed the force of law behind it and adherence monitored. The Chief Medical Office of health has reported that our first pre-emptive case was a person who returned from foreign travel, who self-quarantined, but not "immediately." Shame on that person. How many people has that person infected?

The evidence from successful jurisdictions is that the implementation of policies which ensure social distancing is the best way to reduce the advance of the virus. The best way to do that is to immediately order our citizens to shelter in place. Allow us to buy our groceries and go for walks but otherwise stay at home. That’s what I am doing already. Instead they are making the same mistake - recommending that we take those steps. It needs to have the force of law.

We need a whole of government approach to this, as it is more than a public health emergency. It will soon become a fiscal crisis adding to our already bad financial situation. We are quickly going to need federal help as our revenues collapse and we need to borrow hundreds of million dollars to keep ourselves afloat.

The initiative by the Leader of the Opposition to ask for a joint committee, which was agreed to, is a good first step.

We should take that further and form a coalition government now for the length of  this emergency so this can be handled on a non-partisan basis, particularly as we have a minority government. Let's take the best talent from both sides of the House of Assembly and put them to work.

We need to reach out to retired experts in public health who would be only too happy to help out.

Let’s take lessons learned from other jurisdictions and be bold so as to take advantage of our geography and the fact that there has been a delay in having cases in this province.

We may irritate and inconvenience citizens but better to do that then risk the alternative.

If we fail, our health care system will be quickly overwhelmed.

I’m in a high risk category, luckily with no underlying health conditions, but I’m not too keen on being caught up in a situation where life-saving equipment has to be rationed and my life has to be sacrificed to help someone younger!

And don’t think it can’t happen here. It's already happened in Italy where older people have been denied care and left to die alone.