Guest Post by the "Anonymous Engineer"
EDITOR'S NOTE: The author of today's article is the whistleblower, dubbed the "Anonymous Engineer", who disclosed – on this Blog - falsification of the estimates for the Muskrat Falls project in January, 2017. His disclosures helped bolster the case for the Government's call of the Commission of Inquiry under Judge Richard LeBlanc.

Background
The Muskrat Falls Inquiry is over. We are awaiting the Provincial Government's release of the report by Judge Richard LeBlanc. What the evidence at the Inquiry has revealed, through 6 million documents, 135 witnesses, is an intriguing sequence of deceit, deception and falsification, which has essentially become the DNA of Nalcor. Almost every aspect of the project was falsified, information withheld, writings edited to dilute the impact, and no one takes ownership, accountability or responsibility for anything.

The segments where the deception and deceit occurred permeates the entire life of the project from initial justification through to construction, and all the steps in between, namely, project justification, estimating and estimate approval, federal loan guarantee, allocation of budgets to work packages, awarding of contracts, and cost forecasting during construction. Each of these segments were thoroughly, meticulously and deliberately falsified, misleading the recipients into making the wrong decisions. The recipients were the highest level and may have included the Premier’s Office, Ministry of Natural Resources, Ministry of Finance, various other Deputy Ministers, the Independent Engineer and the Nalcor Board of Directors, and finally, the Government of Canada.

Such deception is unprecedented in Canada, where the entire governing body of a province was so completely misled.  This is a breach of trust and integrity without precedence.
Each of the impacted segments will be analysed in turn.

Project Justification
In order to create a need for the project the future demand for power was overstated. There was major deviation from established practises used in other utilities within Canada and USA.

Conservation Demand Management (CDM) was not used – which, in addition to the failure to account for a declining populations and price elasticity, allowed the demand for power to be overstated.

There was no quality control in the Load Forecasting process

It is not conclusively determined who took responsibility for this process. 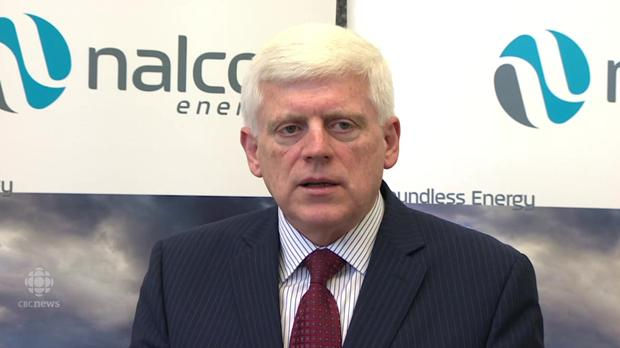 Estimate Preparation and Approval
The estimate for the project at $ 6.2 billion (plus financing costs) was completely wrong. Every aspect of the project was wrong. It was so blatantly wrong, that any senior person with experience in Estimating and Project Management could identify  them.

The unit prices used did not represent the harsh conditions of the sub arctic climate of Central Labrador. The labour productivity was far too low.  The hours used for concrete placement – the heart of the project, were wrong by a factor of at least two.

The contingencies used were nonsensically too low. The contingencies were established at P50, which is a fatal error. According to Westney Consulting, the Risk Consultants on the Project, Nalcor should have used P85 or P90, which would have raised the contingency level to about $1 billion, instead of the artificially low $368 million which was used.

Westney Consulting was also tasked with conducting a Risk Review of the Construction Schedule. They concluded that the project had a 3% chance of successful completion at best. If it materialized, it could result in a 21 month delay. In hindsight it did materialize. The project is delayed by over two years.

Nalcor undertook to make estimate adjustments for labour productivity, which they did not do. Nalcor also tried to hide Validation Estimates criticisms and Westney’s schedule review. They were both made public by the Grant Thornton Report Phase 1.

If the estimate was done with correct rates for concrete placement, the risk evaluated at P85, and a proper construction schedule, the cost would have exceeded $ 10 billion.  Stan Marshall, CEO of Nalcor, is on record saying the project cost of $6.2 billion was “way, way too low. $ 10 billion is about the right number”.

At a price tag of $10 billion, there would not have been a project. Therefore, it was not in Nalcor’s interest to get the estimate right.  Such is the degree of falsification.

The critically low estimate was approved at $6.2 billion (Excluding Financing). The process of estimate approval and accompanying signatures, remains unclear.

The road to ruin and catastrophe was wide open. Date December 2012.

Allocation of Budgets
The budget of $6.2 billion was now being allocated to the various work packages on which the project would be managed. As the estimate was low balled, the budgets assigned to the work packages were also critically low.

No one outside of the Nalcor Project Management Team was informed of this.

It is a requirement within Nalcor that there has to be sufficient budget for a contract package to be awarded. That is the budget must exceed the value of the bid. As the budgets for the packages were critically short, Nalcor circumvented the problem through “ creative accounting” -  transferring budgets from work from work packages not yet awarded. This practice continued until all the wells ran dry. There was no choice, but to increase the forecast.

Cost Forecast During Construction
The bids received far exceeded the budgets, causing major cost overruns. The forecasts were gradually increased in small increments at a time. In August 2013, the forecast was increased to $6.99 billion, then to $7.65 billion in September 2015. The internally available forecasts were higher. These were never published.

In December 2015, the Provincial Government changed and falsification of costs and schedules was no longer possible.

In January of 2016 Premier Ball engaged EY to review the work done by Nalcor. They concluded that the Nalcor forecast of $ 7.65billion was unreasonable, and developed their own. The EY forecast was $ 10.1 billion, developed in May of 2017, and later increased to $ 11.7 billion, which included the Astaldi claim. The present forecast stands at $ 12.7billion.
The Nalcor forecast of $7.65 billion, was deliberately wrong, as there were no changes in scope between September 2015, when Nalcor made it’s forecast and the $10.1 billion forecast made by EY in May 2016.

Nalcor strongly resisted the engagement of EY and became as difficult as possible, not cooperating , not providing information, delaying the release of data and reports as revealed during the Inquiry.

Nalcor falsified the costs and schedules during the entire period of construction, as confirmed during the Inquiry. This is deceit unparalleled.

Federal Loan Guarantee
The negotiations with the Federal Government were in progress during 2013.
When the Federal Loan Guarantee was finally secured in November 2013, the project cost had been updated to $6.5 billion, while the Nalcor Project Management Team had an internal forecast of $7 billion. No one outside of the Nalcor Project Management Team was made aware of the increased forecast.

All parties namely,  the Provincial Government, Federal Government, the Independent Engineer, and the Nalcor Board of directors claim did not know that at the time of the loan guarantee, the forecast had already exceeded the stated amount of $6.5 billion. Only Premier Dunderdale was ambivalent whether she was told.

Observation
The Inquiry made available a torrent of evidence that supported numerous allegations of deceit, deception and falsification. It is obvious from the evidence that this practice was not a mistake made by a junior employee. Instead, it is a consequence of strategic business decisions made at the highest levels at Nalcor.  Conclusion is that the relentless drive to build Muskrat Falls was driven by the opportunity for personal gain.

The Nalcor Project Management Team profited enormously by the project going ahead. If there were 10 persons earning $ 250,000 per year on average, for say 10 years, that is $ 25 million in earnings, which they otherwise might not have had.

This is a large amount of money, an incentive strong enough to keep the project going at all costs.

Most likely, no one in the Project Management Team ever expected a Public Inquiry, at the level of detail we have seen.

Recommendation
It will be in the public interest, once Justice LeBlanc’s report is issued, if the Report is reviewed by the by the Royal Newfoundland Constabulary and the Director of Public Prosecutions.  If the decisions were calculated Executive Management decisions, those who perpetrated this catastrophe must be held accountable and charges laid as appropriate. The Province having been brought to the doorstep of bankruptcy, no other outcome is appropriate.