MUSKRAT: A FAIR RATE IDEA THAT WON'T SHOCK YOU


Premier Dwight Ball has been justifying a massive rate increase to 18 c/KWh as fair because he suggests it is comparable to rates paid in our neighbouring Atlantic Canadian provinces.  Such logic might succeed if only it were true: in the last PlanetNL post, it was clearly demonstrated that the expected rate in those provinces would be 12 c/KWh.


The Premier’s admission of error has not been heard, therefore it appears Ball is sticking to his plan to punish ratepayers despite the widespread harm it will cause.


In this post, a case is developed for a post-Muskrat rate that would be fair to ratepayers. But it’s sure to be a solution the politicians will fear.  The outcome may shock many. The future proposed rate is coincidentally - and surely to Premier Ball’s chagrin - 12 c/KWh.
…..

Muskrat Was Not Approved By Ratepayers


NL ratepayers are represented by the provincial Public Utilities Board (PUB).  Utility boards are required to review all the plans of the utility and to demand that the case for investment in new infrastructure is both necessary and the least cost approach.  In the case of Muskrat Falls, the existing legislation that would have had the PUB do an extensive evaluation of Muskrat and all possible alternatives was denied by a political act from Government with the passing of a piece of legislation excluding Muskrat from review.


If given the opportunity, would the PUB have approved Muskrat?  Not a chance.  There is little reason to doubt that the PUB would have rejected the elaborate and confusing Muskrat economic justification produced by Nalcor and approved by Government.  Their analysis bore no resemblance to conventional utility submissions for capital work.  Had Nalcor been ordered to reformat its calculations using conventional engineering project economic assessment methodology - while using a correct load forecast (not inflated by 50%) - and to give consideration to a broader set of alternatives, Muskrat simply would not have seen the light of day.


Muskrat was a political project created by overzealous officials elected by an overwhelmingly misled public. Ratepayers did not elect Muskrat on a ballot and the PUB did not approve it in a hearing.  There is no evidence in the least that suggests ratepayers are responsible for project sanction and the massively increased cost of service resulting from Muskrat.  Despite these facts, the current group of politicians in control are eager to pin a large share of the burden on ratepayers. 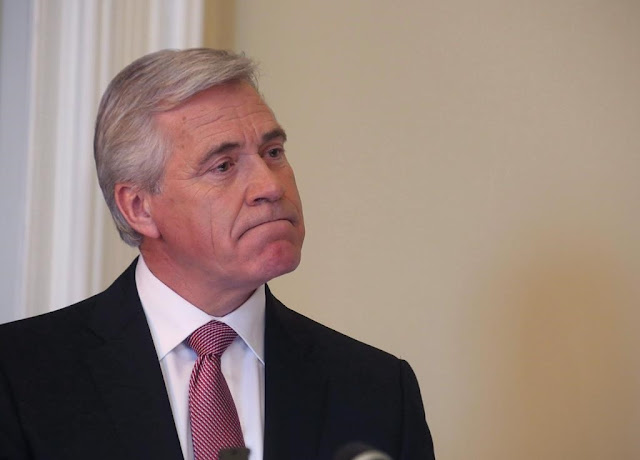 
NL Hydro recently submitted a document at the General Rate Application hearings ongoing before the PUB.  The Board demanded a better explanation for Hydro’s strategy to start next year in collecting revenues toward Muskrat costs before they are properly due in late 2020.  Finally, some simple numbers are presented to illustrate the grotesque error of Government’s forced sanction of the project.


Firstly, the cost of running Holyrood was presented as a share of the energy rate when the cost is averaged over the entire annual Island electricity sales.  Holyrood makes up 1.8 c/KWh of the electricity rate.  This is broken down into 1.2 c/KWh for fuel (on the assumption of average $85/barrel heavy oil costs) and 0.6 c/KWh for operations and maintenance.


Now remember - the fundamental reason for Muskrat was to substitute for Holyrood.  It was supposed to be cheaper.  Instead, Hydro is now revealing that before any Government subsidy, Muskrat will become a 12 c/KWh component of the Island electricity rate.


Hydro is now compelled to substitute a 1.8 c/KWh cost with one that is 12 c/KWh, nearly 7 times higher.  It’s insane.


This is the simple bottom line analysis that Nalcor and Government couldn’t ever let the PUB expose. It is why the PUB, representing ratepayers, could not be allowed to decide upon the sanction of Muskrat.  Even had it been half the construction cost, and if oil cost doubled – mistruths the PUB would have likely rejected – Muskrat would still cost at least double that of Holyrood.  It was never close to being the right solution.


Proper project screening principles suggest that a replacement for Holyrood could have been found at the same cost or preferably less.  It is entirely reasonable to believe that such alternatives were available just as other jurisdictions have done over the past decade.


On the assumption Muskrat will successfully operate, the PUB should be directed to hold a hearing to evaluate the most likely alternatives that were available and identify a specific solution and calculate the cost of service.  The board would then rule that this cost shall be recovered from ratepayers while the remainder of the Muskrat investment and costs would be ruled as imprudent and ineligible for recovery from ratepayers.  The utility and its shareholder, Government, must bear the excess cost.  Former PUB Chair David Vardy agrees this is a legitimate and well understood solution in the practice of utilities governance.


The foreseeable domestic rate in 2021 would likely be about 12 c/KWh.  Avoided would be issues of rate shock and energy sales decline.  Ratepayer revenue would be stable.  Government would also beneficially exit the artificial rate mitigation game and improve its focus where it needs to.


The downside is the colossal addition to Government’s long term debt and a substantial increase to the annual deficit.  It is vital, however, that the legacy of Muskrat debt should be parked where it originated. The coming fiscal crisis needs to be fully represented on the books of Government and not pawned off on ratepayers.  A responsible Government would know this is crucial to future negotiations.  We could only wish we had one.
_________________________________________________________________
N.B. David Vardy, a former Chair of the Public Utilities Board, will be posting a related article, building upon the concept raised by PlanetNL. Look for that post on Wednesday.
Posted by Des Sullivan at Monday, August 06, 2018