PREMIER SHOULD SEIZE ON BETTER SOLUTION FOR POWER RATES

Guest Post by David Vardy
Premier Dwight Ball said this week that power rates will not be allowed to double. This statement is an important step toward a better solution. It recognizes that the take-or-pay power purchase agreement (PPA) is not a workable solution to the question as to who will pay for Muskrat Falls. The PPA places the burden on ratepayers which is unfair because ratepayers did not ask for Muskrat Falls. It was imposed by an overbearing government, supported by a relatively small group of people who stood to benefit.

The government proposes that ratepayers bear roughly half the cost and that taxpayers pay the rest, citing 2021 rates in the Maritimes at 18 cents per kWh, compared with 12 cents on the Island. Such high power rates, even when reduced from 23 cents to 18 cents per kWh, would still be unaffordable for low income people. They represent an increase of 50%.
PlanetNL, in his Monday blog post, refuted the Maritime benchmark and showed that rates in Nova Scotia, New Brunswick and PEI are on a par with current Island rates and are expected to remain stable. PlanetNL proposes a better solution to the allocation of the burden, one which calls for the reinstatement of the role and powers of the PUB. 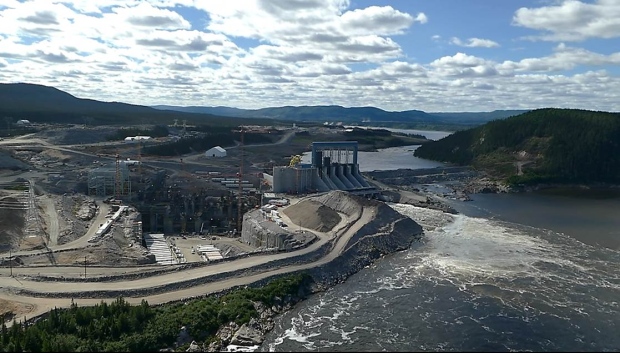 His better solution is to charge ratepayers only for the least cost option, which is its proper mandate under legislation which calls for the power system to be managed in a way   “that would result in power being delivered to consumers in the province at the lowest possible cost consistent with reliable service.” PlanetNL proposes that the PUB decide how much it will cost to supply power if the least cost option had been selected and to allow only these costs to be charged to ratepayers. The PUB would disallow costs in excess of these least costs by declaring them to be “imprudent.” Costs over and above “prudent” costs will be charged to taxpayers.

“The counterproductive impacts of raising electricity rates following completion of Muskrat Falls are a signal that simply raising the price-per-kWh is an incorrect approach to rate design. Setting prices in that way is not related to the core economic principles of marginal cost pricing and, as demonstrated herein, it fails to take account of consumer response to higher prices. The higher rates for Island customers would push them away from consuming electricity even though the benefits to island consumers from using that electricity may well exceed the export revenue it earns.”

This solution proposed by PlanetNL is better in a number of ways. We need to look at the question of equity: who has benefited from Muskrat Falls and who is being forced to pay the costs. They are not the same people. Power rates are regressive and place too much of the burden on low income people, compared with our progressive tax system. Recovery through taxation means those higher income people who benefited greatly from Muskrat Falls will pay for these imprudent costs. By keeping rates in check citizens will not be forced to make further investments to avoid the crushing costs of Muskrat Falls. If rates are set to reflect Muskrat Falls costs then demand for power, including Muskrat Falls power, will collapse and our investment in Muskrat Falls will be an unused and useless stranded asset. By resolving the uncertainly over future power rates government will restore confidence in our economic future.

In order to implement this better solution to the dilemma of rates government must reinstate the powers of the PUB. Government must enable the PUB to regulate the Muskrat Falls assets of Nalcor, removing the PPA which demands that NL Hydro purchase only from Nalcor and immunizes Nalcor from PUB regulation.

Government must rescind the Orders-in-Council which exempted the Muskrat Falls project from the Board’s jurisdiction. Government must also rescind the regressive and repressive legislative changes enacted by the House of Assembly in December of 2012, when Muskrat Falls was sanctioned. This legislation enhanced the monopoly powers of Nalcor Energy and degraded the powers of the PUB in a fit of petulant rage.

These legislative changes prevent the retailer, Newfoundland Power, from sourcing power from outside the province. They impose the same restriction on industrial enterprises. They restrict independent power producers from building new generating facilities. At the same time the amendments gave the government the authority to issue directives to the PUB on a wide variety of matters, including the rate of return on equity and even on whether a hearing should be held. These changes represent a further weakening of the powers of the PUB, on top of the exemption of the project from its jurisdiction.

In order to function effectively the PUB must be independent from political interference. We cannot turn back the clock but we can make public policy more rational and reinstate the rule of law over the rule of hubristic leaders. The better solution is to restore the authority and independence of the Public Utilities Board and allow the Board to decide how much of the burden of Muskrat Falls, if any, should be included in power rates and how rates can best be designed so that consumers will pay only for “the lowest cost power consistent with reliable service” and have “equitable access to an adequate supply of power”.

Muskrat Falls is not the lowest cost power source nor is it equitable or efficient to make ratepayers pay its unaffordable costs.  Premier Ball did not sanction Muskrat Falls but it is his government which must deal with unaffordable rates by finding a better solution, one which recognizes that the benefits and costs of Muskrat Falls are not being shared equitably. The present course, continuing the direction set by the previous government, is doomed to failure. Premier Ball has signalled his willingness to change direction.  Let us hope he will seize upon a better solution for power rates.