THE JOY OF THIS SUMMER MAY NOT BE WHAT YOU THINK

After nearly three months of listening, on an almost daily basis, to Premier Ball’s continuous string of innocuous and unfinished sentences, presumably intended — who would know — to safeguard the province from a largely non-existent local pandemic, some happenings are worth noting.

People have started back to work, the sun has come out, the Liberal Leadership contest is back on, and a group of business people — Hall of Famers no less — have weighed in on Government’s determination to kill the economy. Then, too, a pulse — though still weak — has been discovered in the two Opposition Parties who now oppose a second Interim Supply.

This is not normally the stuff of great rejoicing; dancing in the streets still being de rigeur in the era of pandemic. But in a place such as this, starved for leadership, the equivalent of even watery gruel can seem a time of feast.

As much as I tried to resist the temptation, I succumbed to the urge to deal with the question: which of those recent happenings could be deemed most important? It was not an easy challenge. A pulse found in the Official Opposition, after a full year on the job, is not a trifling matter. Similarly, a group of 50 business people speaking in unison against the Government, a group more likely to spearhead an “I believe in Newfoundland and Labrador” campaign is not to be dismissed though they should know the singular effort is already lost on a mindless Administration.

Perhaps it is to my own discredit, but I selected neither of those wondrous happenings.

Those who waited for six months for what emanates from the sky as a yellow ball, which some people call the “sun”, might have deemed this an obvious choice. But, alas, your correspondent is not a sun-seeker and hates sand. Similarly, seeing people return to work to restart the economy is a huge relief when the Premier, the Minister of Health and the Chief Medical Officer had become far too infatuated with the sounds of their own voices (a matter to which I will return). It might have been an obvious pick, too. But, no, even that happy event didn’t rank as the most important.

I picked the revival of the Liberal Leadership contest. The choice may seem odd at first, but I hope you will forgive me — and come onboard — when I explain. 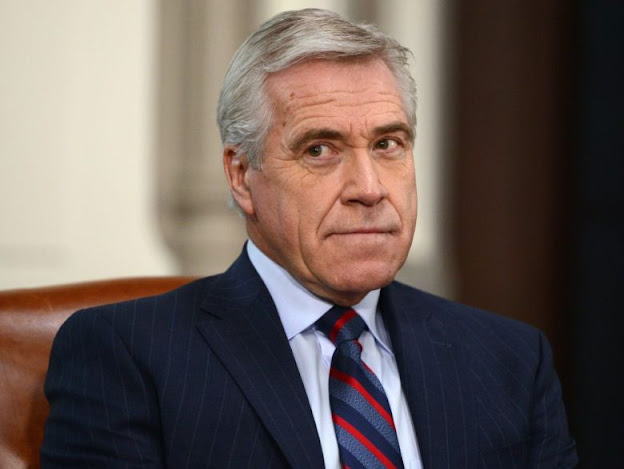 It wasn’t just a matter of my own mental health; I was starting to worry about the thousands whose sanity was becoming a chasm of despair, getting deeper and deeper with each pandemic video conference. It wasn’t just the emails from the multitude of like-minded sufferers, either. It was simply that whether within my “bubble”, or my “double bubble”, all I could hear were the words “Newfoundland and Labrador”, “Newfoundland and Labrador”, each one eroding my mind like the rasping of a cheese grater. I knew, long ago, I had heard too many of Dwight’s video conferences. But it was too late. The “real” virus had taken hold.

Perhaps Dr. Fitzgerald is a fine epidemiologist, but more than one day I wished that she had at least favoured Psychiatry. Could she not have exhibited some small pity for the poor people whose politicians had fallen into a pit of political piffle? Placing just the Premier in complete isolation could have saved us millions of dollars in post-pandemic counselling and the strongest of drugs. As it stands, not one, but two new Waterford Hospitals will be needed to rid normally sensible people from the disparate ramblings of unintelligible speech.

Admittedly, there are those who will interpret Ball’s new 70% approval rating as proof of a job well done. Not me.

I see it only as “capitulation” among an electorate who have, at least temporarily, lost their minds.