HOW GOVERNMENT HAS GOUGED RATEPAYERS FOR 30 YEARS

Very few Newfoundland Power (NP) customers know they will overpay their true cost of electricity this year by 12%.  Labrador Interconnected System (LIS) customers will also overpay by 16%.  Government has legislated the utilities to over-collect from these two sets of customers to subsidize high-cost rural and isolated regions.  Hydro calls it the Rural Deficit account.

This hefty involuntary subsidy grows annually as Government-imposed rate-setting policies for the rural and isolated regions widen the cost gaps.  NP customers especially, imminently threatened by severe rate increases arising from Muskrat Falls, are being counted upon by Government to pay a hefty price for Government policy goals.  Government needs to be brought to task to overhaul the mechanics of the Rural Deficit and the rate-setting policies in rural and isolated areas before a penny of Muskrat costs is levied upon ratepayers.
Regulatory Framework Behind the Rural Deficit

NL Hydro’s 2017 General Rate Application (GRA) reached its conclusion earlier this month when the PUB signed off a rather anti-climactic Decision.  There is little new to discuss on the GRA as it simply addresses the final years of the pre-Muskrat era.  The PUB’s Hearing into Rate Mitigation Options and Impacts this year promises to be far more crucial and important to the future of ratepayers throughout the Province and it is the ideal forum in which the terms and the very existence of the Rural Deficit account should be assessed.
Within the GRA Decision, the PUB wrote a tidy summary of the legislative directives imposed by Governments past and present to define the Rural Deficit.  For clarity, the entire Decision section (5.3 Subsidization of Rural Rates) is copied here: 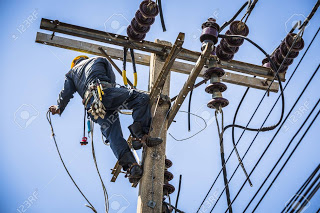 The rates for Hydro’s rural customers are subject to longstanding policy direction from Government. OC2003-347 continued the policy that directs the Board to set rates for Hydro’s Isolated customers such that: i) first block “lifeline rates” are continued for domestic residential customers, ii) fish plants in diesel areas are charged Island Interconnected rates, iii) churches and community halls in diesel areas are charged diesel domestic rates, and iv) there is a preferential electricity rate for provincial government facilities, including schools, health facilities and  government agencies, in rural isolated diesel serviced communities and for the Burgeo school and  library. This directive also provides for the implementation of a demand-energy rate structure for general service customers in diesel areas and requires that the rural deficit be financed through electricity rates charged to only Newfoundland Power and Hydro’s Labrador Interconnected customers, excluding Island Industrial customers.

On July 5, 2007 Government issued OC2007-304 which provided for the establishment of a policy resulting in the implementation of an energy rebate to offset the costs of the monthly basic customer charge and lifeline block (or equivalent) of energy consumption for Hydro’s Labrador rural isolated diesel customers and residential electricity customers in the Labrador Straits/L’Anse-au-Loup areas. This policy makes these customers’ costs for the basic customer charge and the lifeline energy block equivalent to Hydro’s residential Happy Valley-Goose Bay Labrador Interconnected electricity customers’ costs.

The second paragraph describes an additional layer of the Rural Deficit imposed by the Williams Government in 2007 that saw Government contribute an additional layer of subsidy for Labrador coastal customers.  Rates in this area were nominally benchmarked to the Newfoundland Power rate but the new legislation offered an extra Government-paid subsidy to rebate these customers to effectively achieve the far lower LIS rates offered in central and western Labrador.

The third paragraph indicates that since 2017, the present Ball Government, has seen appropriate to repeat the Wells strategy by transferring the post-2007 Government-funded Labrador coast rebate into the ratepayer-paid Rural Deficit account.  Ball’s Government executed a budget-cutting effort by transferring their liabilities to ratepayers who again have no idea they are paying the tab for rural policy initiatives.

Who Pays into the Rural Deficit
PlanetNL24 identified the general areas of the province where the cost of service is high.  One is the rural areas of the island connected to the main hydro grid but not served by Newfoundland Power (NP).  The other high cost areas include the L’Anse au Loup interconnected area (connected to a small isolated Hydro-Quebec hydro plant, not the main Labrador grid) in the Straits area of southern Labrador, the isolated diesel-powered communities extending further up the Labrador coast, and a half dozen similarly isolated diesel-dependent communities around the Island.

NL Hydro tracks the cost of service in these four zones and includes the data in their GRA submissions to the PUB therefore assessment and reporting on the subject is quite easy.
In the recent GRA, Hydro anticipated wholesale revenue of $475M for the 5833.6 GWh energy it will sell to Newfoundland Power (NP) in 2019.  This amount would be the breakeven cost of service to generate and transmit energy to NP (customer retail rates also include NP’s own cost of service).   On top of this, however, Hydro shows it intends to collect an extra $70.3M to fund Rural Deficit subsidies.  Most ratepayers then have no idea the actual cost of their service should result in a rate of about 10.2 c/kWh (when including NP expenses).  The well-hidden Rural Deficit surcharge raises the retail rate by about 12%, setting the Island Interconnected domestic service rate at 11.391 c/kWh.

Customers of the Labrador Interconnected System, the grid supplied by the Upper Churchill serving Labrador West and Central with the lowest electricity rate in North America, pay even more into the Rural Deficit on a percentage basis.  Hydro indicates a $2.9M Rural Deficit surcharge must be collected from LIS customers in 2019.  The true cost of service for their 656GWh total consumed energy is amazingly only about 2.8 c/kWh.  Hydro adds an extra 16% for the Rural Deficit, resulting in the final LIS zone rate of 3.255 c/kWh.

On average, households in both the NP service area and in the LIS both pay just over $200 (before tax) annually into the Rural Deficit.  This includes a great many cash-poor customers for whom that $200 could have been much more usefully spent.

Who Benefits From the Rural SubsidyThe table below contains data found in the GRA documents to show how the $73.2M in surcharges are delivered to the four NL Hydro rural and isolated service zones.  Only the columns expressed in c/kWh were calculated for this exercise.

Based on total energy use, the subsidized customer zones represent 7% of the total in-province energy market but they require 22% of the total revenue (this excludes industrial customers who don’t pay into the Rural Deficit).  The Rural Deficit is the great equalizer, delivering subsidy levels of greater than 50% to 3 of the 4 high cost zones.

As domestic household customers comprise most of the energy sold, it’s illuminating to extract costs and subsidies for that sector alone in more detail.  The key data is also plainly provided in Hydro’s GRA submission.  Domestic customers in the Labrador and Island Isolated zones, 100% off-grid diesel-powered (excepting a small amount of wind-power at Ramea), are found to be up to 90% subsidized by other ratepayers.
Existing Rates
The benchmark for all zones is the Interconnected Island System (IIS) Rate set primarily for Newfoundland Power customers.  The philosophy used to defend this is social equity: that it is fair and equitable to provide electricity, an essential need, to all customers at the same rate throughout the province.  As a result, the rate for Island Rural and the L’Anse au Loup areas is simply 11.391 c/kWh; being primarily hydro-powered, there is no cap on energy use despite the considerably higher cost of service in these areas.

The Isolated diesel-powered zones with their very high fuel costs impose a three-block rate design as shown below for residential customers.  The first block quantity varies a bit by season but is nominally sold at the same base rate as across the Newfoundland Power system.  The second block is almost trivial: the quantity is very small and costs only 1.5 c/kWh extra.  Although the third block, for all energy above 1000 kWh per month, is priced over 50% higher than the base rate, it remains more than 80% below the actual cost of service.  The third block is also probably less than half the bare cost of fuel used to produce electricity.

Source: NL Hydro Rates, Rules and Regulations
Despite appearances in the table above, the published first block price is not the actual rate Labrador coast residential customers pay thanks to the legislation enacted by the Williams Government in 2007.  Since then, all Labrador isolated diesel customers as well as L’Anse-au-Loup/Labrador Straits customers have received a rebate that makes their first block costs equivalent to just 3.255 c/kWh.  The Williams Government interpreted social equity as requiring rates on the Labrador coast to match the exceptionally low-rate Labrador Interconnected System.

This highly advantageous Labrador coast rebate, now over 8 c/kWh, was paid by Government from 2007 to 2016 but since then, the Dwight Ball Government has allowed the funding to shift to the Rural Deficit account.  This is the pinnacle of absurdity as Newfoundland Power ratepayers are subsidizing Labrador coast customers to receive electricity rates 70% cheaper than their own.

By administering the Labrador rebate policy, Government preserves the illusion that coastal Labrador rates are based on Island (NP) rates when in fact the policy target is the far cheaper Labrador Interconnected rate.  Having Island ratepayers paying 11.391 c/kWh to subsidize Labrador coast customers down to 3.255 c/kWh, is a perplexing and astoundingly regressive piece of policy.

While some of the customers in Labrador benefitting from the policy need financial support, is it proper to have poor ratepayers elsewhere responsible to bear that cost?  Administering social policy through electricity rates is regressive and twisted.  Also consider that some of the poor paying into the Rural Deficit are doing so to the benefit of many in the Labrador coast zones who are quite well-off and banking their savings.  This is the most regressive type of fiscal policy imaginable, yet all of our Premiers of the last 30 years have seen fit to either maintain it or make it even more ludicrous.
…….........
Part 2 shall examine whether other jurisdictions apply equally regressive subsidy transfers on a similar scale between ratepayer groups and finds that NL Hydro is unsurprisingly in a class of its own.  Part 2 also finds that some other relevant jurisdictions employ much more rational and progressive economic policies – why not here?