WHAT TO MAKE OF THOSE CONFOUNDING POLLS

"Polls are for dogs" is an adage ascribed to Progressive Conservative John Diefenbaker, Canada's 13th Prime Minister. It is a view that voters ought to embrace, too, especially during election campaigns. Diefenbaker likely wasn't leading in the Polls when he made that quip, but there is still merit in the remark.

Every hack loves Polls, as does the public. Who doesn't want to peer into the future? My advice: don't take them too seriously. There are many reasons why they will have no relationship with the outcome of the May 16th General Election.

Context is found in the latest Poll from Abacus Data, giving the PCs five percentage points over the Liberals. A week earlier, an MQO Poll gave the Liberals a 12-point lead (among decided voters, 48% to 36%) with a 39% undecided factor.

In a campaign that is as dull as a debate over whether Dwight's or Ches' hair colour is darker, change hardly seems a disruptive influence. Yet a couple of days later, a third survey — the Forum Poll — gave the PCs a 2-point lead over the Liberals. Forum even went so far as to predict how many seats would be won by each Party despite offering no regional breakdown — hardly a nod to statistical science. Even if it were, in the world of statistical analysis, the “regional” breakdown of the number of eligible voters questioned (the sample size) would be too small to have a meaningful level of accuracy. 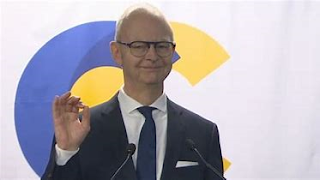 Why the big difference in the Abacus data vs. the MQO and Forum Polls? The proffered reason is that the Leaders' Debate was an intervening event.  If that is correct, then it is baffling that there was not a single moment when Aunt Bessie could be seen biting her nails down to the quick.

The truth is that statistical basis of Polls is really the only constant in the survey process. The process of achieving statistical accuracy is actually very difficult. It relies as much on art as science. In particular, privacy issues; the reluctance, especially in urban areas, to share personal information (long a problem and getting worse); the reduction of land-lines in residential homes; and caller I.D., which enables the screening of nuisance calls, are reducing the probability that a survey sample of potential respondents is representative. 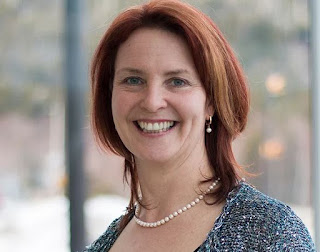 MQO's VP, in providing a regional breakdown of his data results, urged “caution in some areas dues to limited samples available.” That was prudent because the margin of error that results when the sample is reduced to regional representation, as noted, can completely distort the result. A bigger question, I suggest, is whether the margin of error applied even to the whole sample fully reflects the challenges of modern-day polling practices.

The public might also inquire if recognized Pollsters are associated with one political Party or another. For example, Wikipedia confirms Tim Powers, a Tory strategist and Nalcor Consultant, as Abacus Data's Managing Director. The evening before the Abacus Data Poll was released, he tweeted this comment to NTV's Michael Connors: “Our @abacusdata will be out tomorrow. Again watch for sample size, dates of polling, trends. MQO is a good firm don't question their data.”

Don't question their data? Shouldn't ostensibly independent Polls have a degree of separation or two from partisan hacks? (Tory Organizer John Laschinger should kick his ass for this!) Is there no difference between “our” and “their” data? Of course, Abacus has a foot in both Camps. Its Chair is Bruce Anderson, father of Liberal PM Justin Trudeau’s director of Communications.  Look deep enough and you'll likely find that at least some of the other Polling firms have similar relationships with the political Parties.

For those reasons and others, when pollsters and political analysts talk about Poll results as if they were the holy grail, people should take a deep breath and give a nod to John George Diefenbaker.

That is not to suggest that Polls are worthless. True, many given prominence in an election campaign are attached to the latest Campbell's Soup survey, gathering only limited data on voter intentions and leadership likability. They return a relatively superficial snapshot of current voter thinking.

The real artistry of political polls — no differently than those conducted in other fields — is found in those that assist a political Party to define its support, taking into account gender and demography as well as geography when defining voter preoccupations and assessing trends. This deep-dive into the public's political preoccupations requires a lengthy and detailed questionnaire and extensive cross-referencing of  data — all of it overlain with traditional and current voting patterns, or some other set of statistics that helps produce an informed narrative describing voters' thinking. 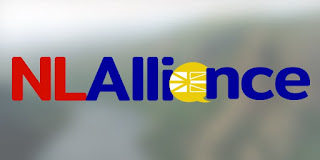 In contrast, the “Poll Results” offered up for free from any of the commercial pollsters — all liberally broadcast by the media — are little more than titillation for the masses. During elections, they are intended to influence “outcomes” far more than to make a contribution to the democratic electoral process. For the larger analysis, the political Parties pay big bucks.

A final point. Even more than the relatively high disapproval rating ascribed to the Party leaders, voters should be concerned about the huge “undecided” factor — which, i n addition to voter turnout, threatens a far larger impact on the election outcome than the results of any highly questionable Poll.

So, if you are tearing your hair out over whether the biggest Polling guru is MQO, CRA, Abacus, Forum or one of the others that will likely vy for your attention in the coming days, relax. Treat all of them with a larger-than-average level of scepticism.

And if you have been counting on Polls to help you avoid “losing” your vote — a matter over which a select group always seems preoccupied — be content that you exercised a cherished right. Any sense of post-election loss will disappear the next morning in the amount of time it takes to down your first cup of Tim’s!