TIME TO TAKE REALISM TO THE POLLS

“An election is no time to discuss serious issues,” suggested Prime Minister Kim Campbell in the 1993 federal election — a comment for which she was mercilessly pilloried. In the current NL election, the Liberals, Tories and NDP have ignored the 'elephant in the room' - our impossibly large debt. One need only look at the thin veil that separates “Direct” from the “Total” debt to wonder why something as basic as fiscal solvency can completely escape mention.

Every accountant in the province knows that, as soon as the Government attempts to “mitigate” the power rates caused by the Muskrat debacle, the bondholders - followed by the Government - will be forced to move most of the so-called "self-financing utility Debt" into the “Direct Debt" column. That's the kind whose repayment depends on taxes and like revenues

Unless, of course, people are prepared to pay 23 cents per kWh for their power or, failing that, the arrival of the tooth fairy.


Though the figure of $23 billion is kicked around as the Total Debt even that monstrous sum does not include, as the notes to the Budget Estimates confirm, “unfunded liabilities related to pensions, severance or post-retirement benefits.”

In fact, the seventh budget deficit in a row, delivered a few weeks ago, did not stop Ball, Crosbie and Coffin from making still more spending commitments.

The most recent Budget is instructive. The Finance Minister proposed $926 million for infrastructure, including $491 million for Nalcor. Defying promises of Budget balance, Dwight announced another $400 million or so for infrastructure using P3s.  As the Campaign advanced he added other unbudgeted programs for extra health services in Botwood and expenditures in other Districts. Ches Crosbie is talking tax reductions and subsidies! The NDP wants even larger University tuition subsidies in an institution oblivious to our dim fiscal prospects and taking far too much from the public purse. 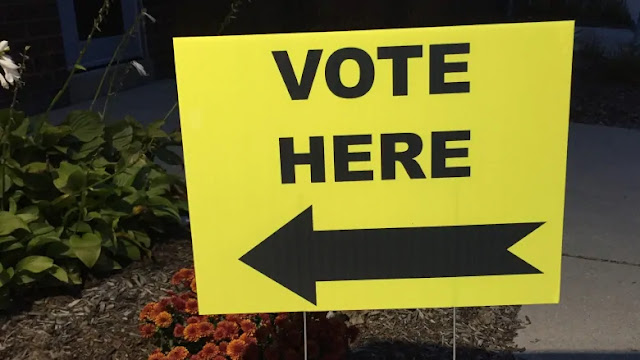 Little wonder that the Federal Government's Parliamentary Budget Officer too, unfettered by partisan politics, has noted this province as the worst debtor, per capita, in the country.

Do voters know that they are being bought with their own (actually borrowed) money? Of course they know.

Likely, it explains the massive public cynicism depicted in some recent Polls which show the “undecided” group nearing the fortieth percentile. Equally, the despair is on display in mainstream and social media platforms. Will anyone be surprised that that despair may be responsible for the lowest voter turnout in modern NL history?

Admittedly, people have not shown pushback in a manner that they might, if the bill for Muskrat had already arrived. But they know that it is only a timing issue.

Having lost Responsible Government once, real political leadership would raise the question of whether, as a society, we lack a braking mechanism against the worst threats to our survival, taking into consideration our size and well-known demographic challenges.

Real leadership would ask: how can we attract immigrants to replace our aging population if an over-indebted economy discourages investment and job creation? They would ask: how can we provide decent public services when, lacking discipline, the sum dedicated to interest on the debt continues out of control?

Real leadership would tell people that they will have to modify their expectations failing which small business and lower income earners will suffocate under impossibly high taxes and other costs.

Simple honesty suggests that those matters should be raised - now - at election time.

It may sound out of context, but occasionally people ask why so many boaters take the fatal step of leaving the harbour without a life jacket? In context, why do we continue to run a province knowing that, to save ourselves from drowning in debt, a fiscal “life jacket” is as essential as the other kind?

Who will keep NL solvent if not us?

In Thursday's General Election choice is only barely on the ballot. None of the Leaders are convincing leadership material. The Tories have imposed on the province a terrible albatross. While Crosbie presents as a new broom, it was not within him to sweep from his Party the responsible culprits or even to acknowledge the damage done by Administrations from Williams to Davis. What is the purpose of “new”?

The Liberals were given a chance to manage a way out of the debacle, but were spineless and made it worse.

The NDP have imploded. The NL Alliance, despite having no history, formed a Party prematurely and, as a result, will likely have no future either.

The choice for voters is a stark one.

As it stands, some in despair talk about leaving the Province. Others suggest that the political system has failed them, and seek solutions in proportional representation and other questionable institutional changes.

In truth, the political system can't fix broken political parties. You cannot blame the "system" when, having won a majority in the House of Assembly, a Party can't constitute a decent Cabinet.

Unable to agree even on where the problem lies, we haven't fixed it. The ultimate consequence is that we continue to defer to incompetent political leadership.

It may be argued that we are not alone in that circumstance but unlike most other provinces we also lack an institutional structure - whether business, the professions, academic or governmental - strong enough to push back  when public policy goes off the rails.

While idle chatter suggests that we can just get up and leave, most of us are here because we wouldn't want to be anywhere else. That fact, alone, suggests we have to make this place work.

Right now we can still vote, and we should - everyone that is eligible. Every mind in the Province is needed to determine who should represent us. But the precious act of casting a ballot, alone, won't guarantee that this small society will either survive or, more optimistically, thrive.

We have to be prepared to do more, ourselves. We have to stop depending on the tooth fairy. We can begin by demanding less of what we want and more of what we need. If we don't act voluntarily, someone else will make those decisions for us.

Right off, we should demand of the new Government the truth of what a “life jacket” might look like - knowing that the outcome will not be a happy fit for everyone. We should give encouragement to any politician who exhibits values, ideas and spine.


During the past four weeks we have allowed our political leadership to employ Kim Campbell's mantra to the public debate. But, on Thursday, its our turn.

It may not seem the easiest thing to do, but it is high time that we took realism to the Polls.