REFLECTIONS AND THE TOP TEN POSTS 2018

Not surprisingly, the Muskrat Falls Project took centre stage — again — in 2018, while in the last quarter the Commission of Inquiry stole the spotlight, including among the mainstream media.


The Inquiry heard a sordid tale and irrepressible proof that that the project was based on false premises. The integrity of the sanctioning process was undermined by a number of disclosures including confirmation that other options (power from Hydro Quebec and LNG) in addition to the Isolated Island option (small hydro, wind and thermal) offered the province less risk and possessed greater viability. Estimates for the project were “low-balled” (a long-standing claim of the Anonymous Engineer). The Commission exposed myriad instances of official interference with the very consultants whose compromised Reports Nalcor and the Government used to justify Sanction.


The testimony of Danny Williams, Kathy Dunderdale and Tom Marshall laid bare a trail of forgetfulness as to what they knew and were advised. At no time did they leave doubt that egos had far surpassed comprehension of the project. Nor could evidence be found that they had considered the financial risk to a small, vulnerable province. Their sole reliance on Ed Martin was indisputable. His arrogance manifested as "rude" in front of the Commissioner. It seems that only "rude" was minding the store.


On more than one occasion Judge LeBlanc must have wondered why, after a career on the Bench, he has agreed to assess middle managers from the oil patch and cable TV? Weren't some things just plain obvious!

Then, too, senior public servants were little more than facilitators. The idea that they might have spoken truth to power was never a possibility; all had drunk the Kool-Aid — except for a few middle-level public servants in the Finance Department - who were ignored.

For legal reasons, the Commission dealt with the issue of Water Management in an "in camera" session. The Energy Access Agreement, which the UARB of Nova Scotia rung out of the local boy scouts was also thought to be largely a Phase II issue.

Suffice to say, it remains to be seen whether the Commissioner will distinguish between incompetence and perfidy in Nalcor's and the Government's handling of the key decision to sanction.

In 2019, Muskrat will continue to dominate the news platforms and this Blog, too, as the  Inquiry examines the entrails of contracts, contractors and management practices. The charade of passing the buck will continue; forgetfulness will remain the favourite tool of the complicit.
Meanwhile, NL’s fiscal nightmare also continues, the very financial stability of the province on national watch including by the Parliamentary Budget Office. The local political leadership persists in downplaying an outcome that threatens to be as unpleasant as it is unavoidable.

The Ball Administration wants, above everything, a second term… and may get it, as a P.C. Party, unrepentant for its complicity in Muskrat, is content to conspire with Liberal spinelessness and short-termism as the favoured path forward. The NDP can't see beyond niceness and is unable to extend its limited appeal.

Throughout the year, the Uncle Gnarley Blog benefitted from the insightful analysis of several guest writers, most notably David Vardy and PlanetNL, the latter staking claim to the top two posts of 2018.
The Deception of Parity: Premier’s Claim Busted dispels Ball’s assertion that a target of 18 cents/kWh is appropriate, having wrongly asserted that it is comparable to the rates expected in the other Atlantic Provinces. That post clocked in over 40,000 pageviews, while the second most popular post, entitled 18 c/kWh —Warning — Not Exactly as Advertised was close behind in the readership count.
Both posts reflect PlanetNL’s considerable analytical skills in power-related matters, including Muskrat, and prove that the issue of electricity cost is very much top of mind for consumers. They also suggest that the public would like truth to characterize their politics — something which was not lost on the voters in the Windsor Lake by-election.


This is an appropriate time to also acknowledge the work of Uncle Gnarley Blog contributors Ron Penney, the Anonymous Engineer, Agent 13 (who claimed #8 in this year's Top Ten Posts), James L. Gordon, P.Eng. (Ret’d), Phil Helwig, P.Eng. and Bards John Tuach and Bob LeMessurier. Others contributed with their research and ideas. 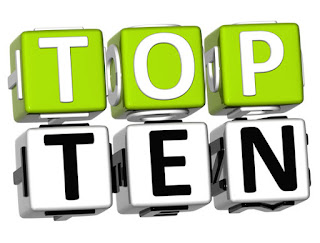 Now… drumroll please… based solely on the number of pageviews recorded and ascribed to each post by Google… in descending order, here are the Top Ten posts of 2018:


2. 18 c/kWh – Warning – Not Exactly as Advertised, Guest Post by PlanetNL


4. The Rooms Says Don’t Apply If You Are A Critic Of The Government


9. Stan Marshall Doubles Down on Bluster

10. Federal Complicity: The Untold Story of Muskrat Falls (Part I)